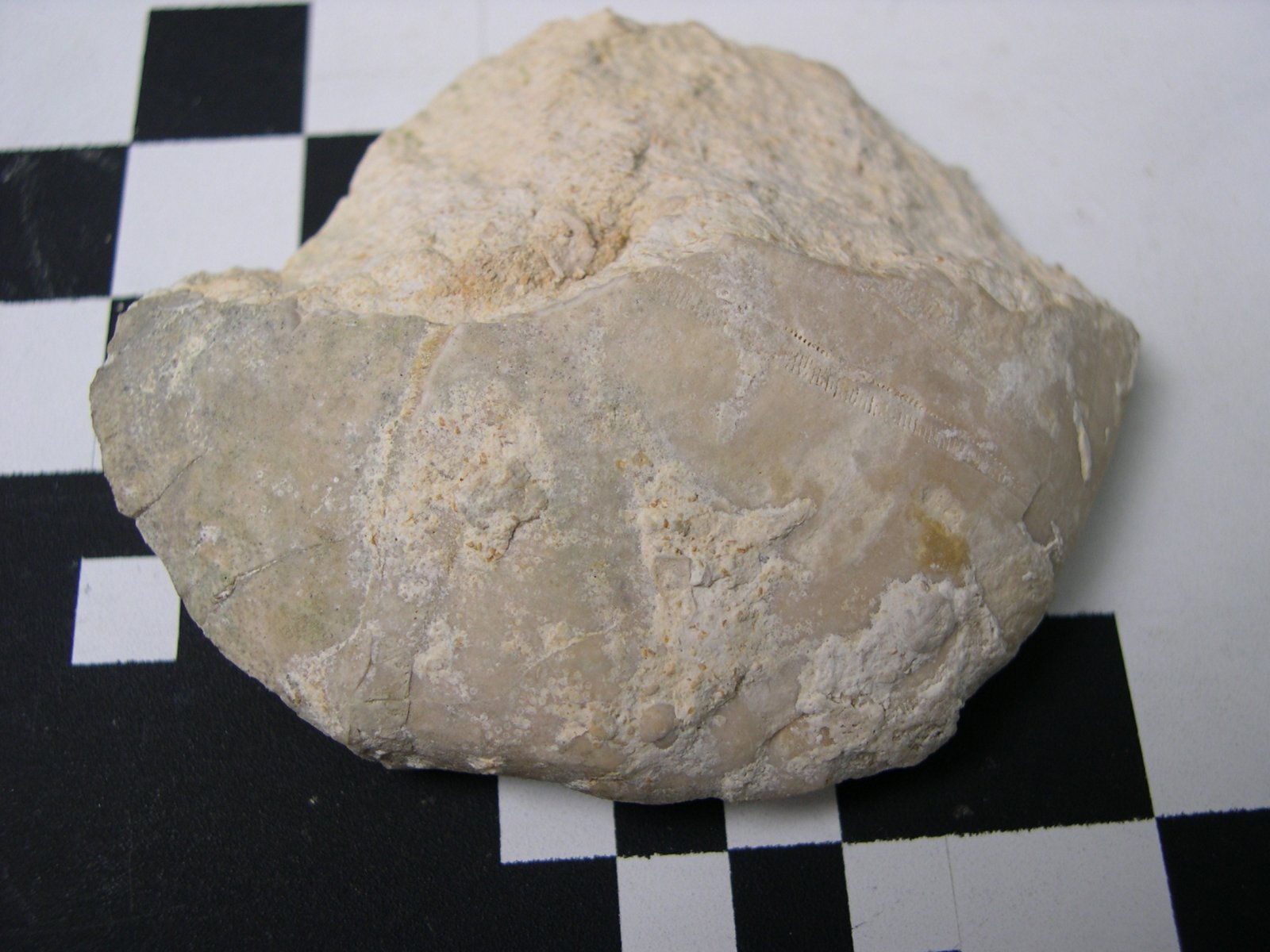 This is a large half specimen of a previously undescribed echinoid from the Glen Rose Formation. Bill Thompson had the genus identified by Andrew Smith of the BMNH and named the species in his 2016 monograph*. This specimen is from Unit 3, Upper Member, Glen Rose Formation, Trinity Group (Albian) Blanco, County, Texas

Bill's book is chock full of new species.  They (most) are in need of peer review and advanced comparative study. This is one of the few I would actually feel confident with since he had the genus identified by Andrew Smith, who was the man who would know.