In 2010, I had the opportunity to collect on the Roanoke and Meherrin Rivers which feed into Albemarle Sound in northern coastal North Carolina. Boating on both of these rivers is always enjoyable due to large numbers of bald eagles on the Roanoke and extensive stands of Cypress trees on the Meherrin (fig. 1). Besides their natural beauty, between the two are exposed a little more than six million years of strata stretching from the Upper Miocene to Upper Pliocene. 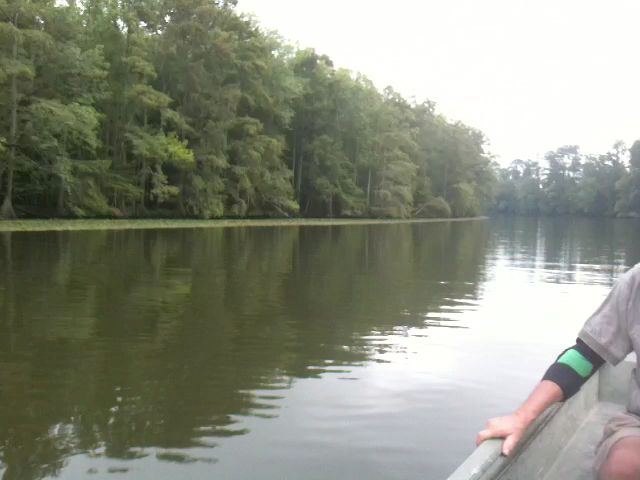 The oldest of these, is an exposure of the Cobham Bay Member of the Eastover Formation on the Meherrin River. Earlier workers classified these sediments as the St. Marys Formation, which are exposed in the Chesapeake Bay area, however Ward and Blackwelder formerly named them the Eastover Formation due to their younger age and distinct fauna. The 8.7 million year old Cobham Bay Member is found in this part of North Carolina, coastal Virginia and southeast Maryland and was deposited during temperate/subtropical conditions. The Cobham Bay Member is also notable in producing marine vertebrate remains and cemented plates of the guide fossil Chesapecten middlesexensis (Mansfield, 1936) along the James River in Virginia (fig. 2). The Meherrin Eastover site was exposed with the Yorktown Formation at Locality 1013. Most of my collecting efforts at this site were directed to Zone 2 Yorktown, which I will be reporting on shortly, but I did find an excellent example of the guide fossil Placopecten princepoides (Emmons, 1858). Actually I was unaware until researching this post that this is the type locality for P. princepoides, first discovered and described by Ebenezer Emmons prior to the American Civil War. At that time, Emmons was North Carolina’s first state geologist, but had made his name in New York where as Chief State Geologist named the Adirondacks (1838) and Taconic Mountains (1844). 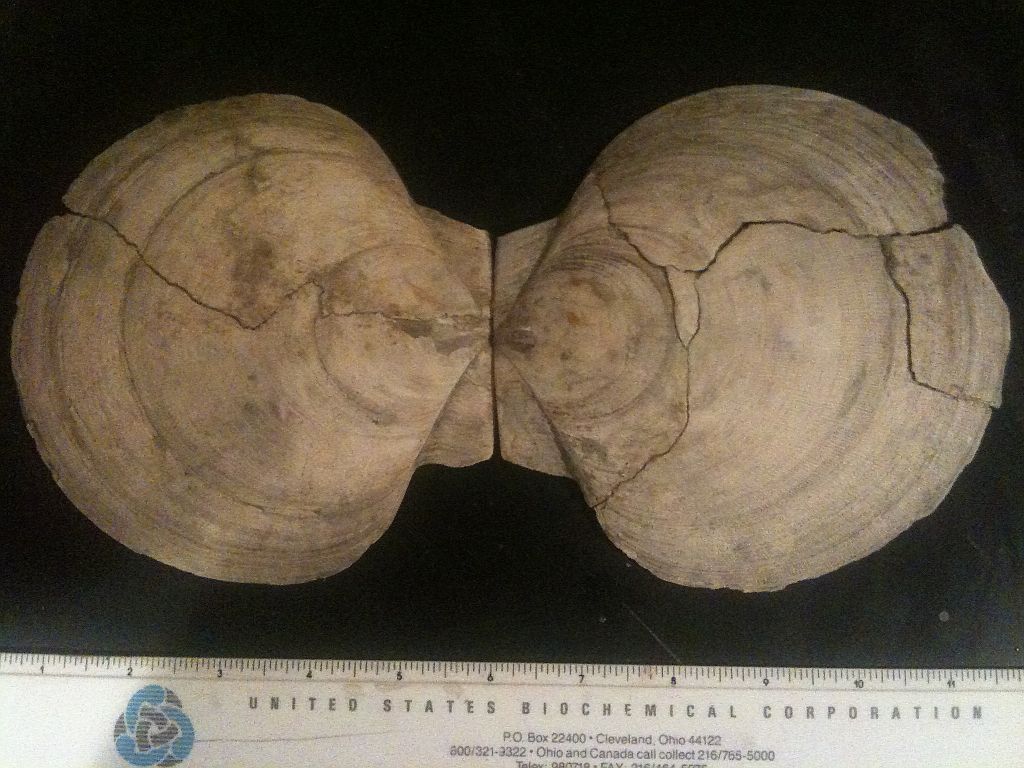