In 1958, Louis S. Kornicker and John Imbrie wrote a brief paper on the holothurian sclerites of the Florena Shale in which they described four species.  I have found 3 specimens of one of these, Microantyx permiana Kornicker and Imbrie, 1958.  Two of these  specimens were badly broken, but one is in fair condition. 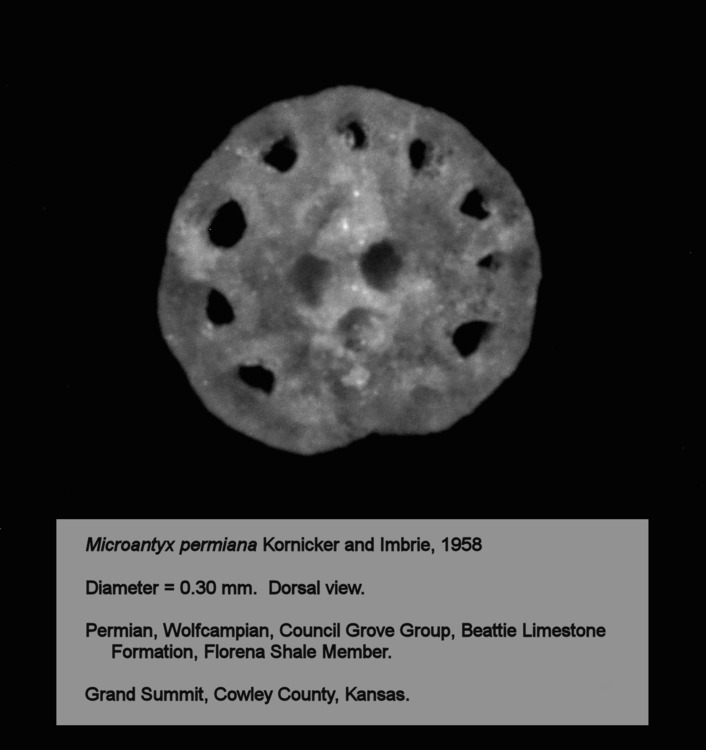 The sclerites are wheel-shaped with short spokes, and the openings between the spokes are roughly triangular.  In this dorsal view we can see a distinctive trait of this taxon: the central area has four deep depressions.  (The upper one in this view is largely filled with matrix, unfortunately.)  The dorsal surface is virtually flat.  Individual specimens are typically very close to circular, but this one seems to have a marginal chip that disturbs the symmetry. 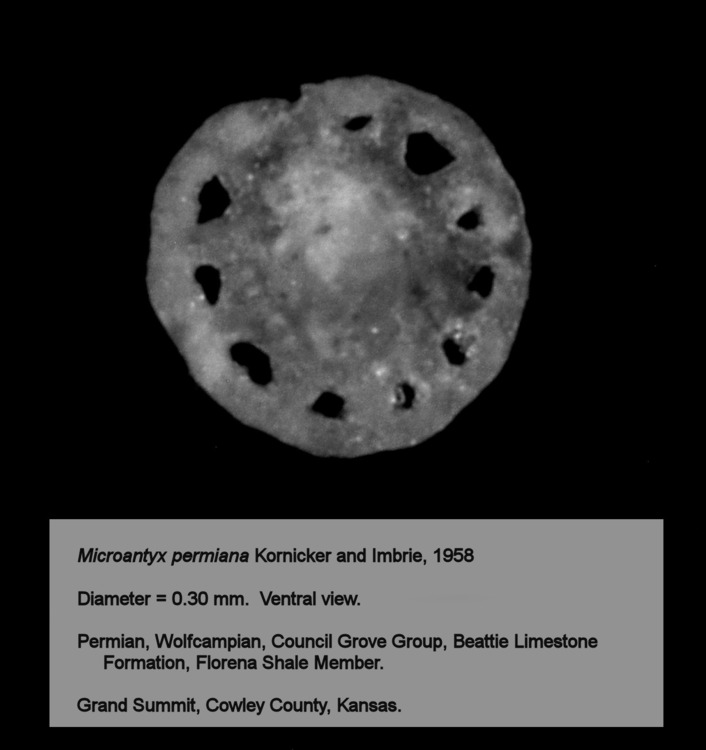 The ventral surface is slightly cup-shaped, the marginal rim being raised above the level of the spokes.  The central area is more strongly raised, producing a central, conical hub.

The diameter of Kornicker and Imbrie's specimens ranged from 0.17 - 0.27 mm., the average being 0.23 mm.  This specimen is thus somewhat larger than any of theirs.