Since the upload of Part 1 succeeded, I'll now offer up Part 2, a look at two interesting taxa from the family Globigerinidae.  This family contains most of the taxa that we associate with the idea of "planktonic forams", perhaps due to our familiarity with the "globigerina oozes" that form a significant part of the floor of the modern world oceans.

Globigerinoides ruber (d’Orbigny, 1839) is one of the two “red” species of globigerinids, as the specific epithet indicates.  It is well-known that the color of individual specimens varies from white to pinkish-red, and it is typically the case that only some of its globular chambers exhibit the red coloration.  I have specimens with all white chambers, one red chamber, two red chambers, etc., and have a single individual that is all red.  Interestingly, the intensity of the color seems to increase with the number of chambers affected, so the all red specimen is very red indeed -- it is also a little smaller than average.  Here is a typical specimen seen from the umbilical side, in a slightly oblique view, showing the primary aperture and one red chamber: 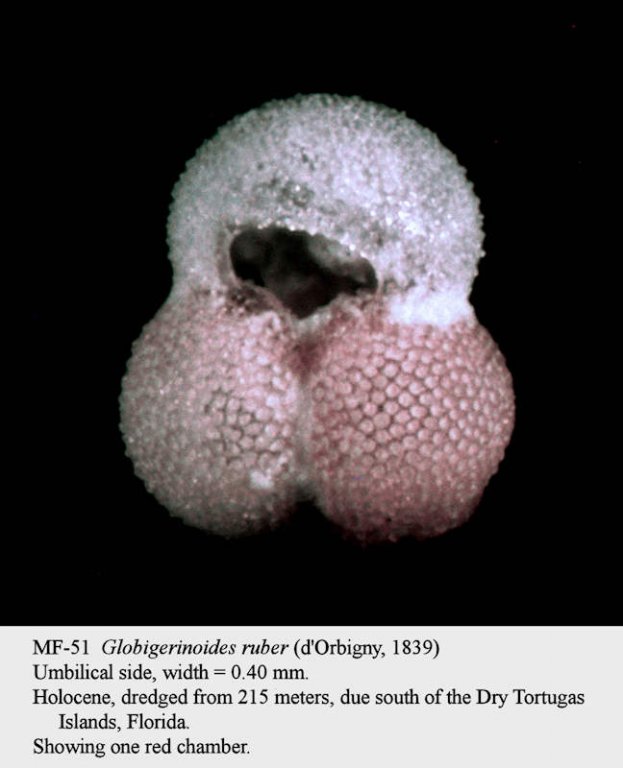 The genus Globigerinoides differs from Globigerina in that its species exhibit secondary apertures, formed at the junctions of the spiral suture with intercameral sutures: 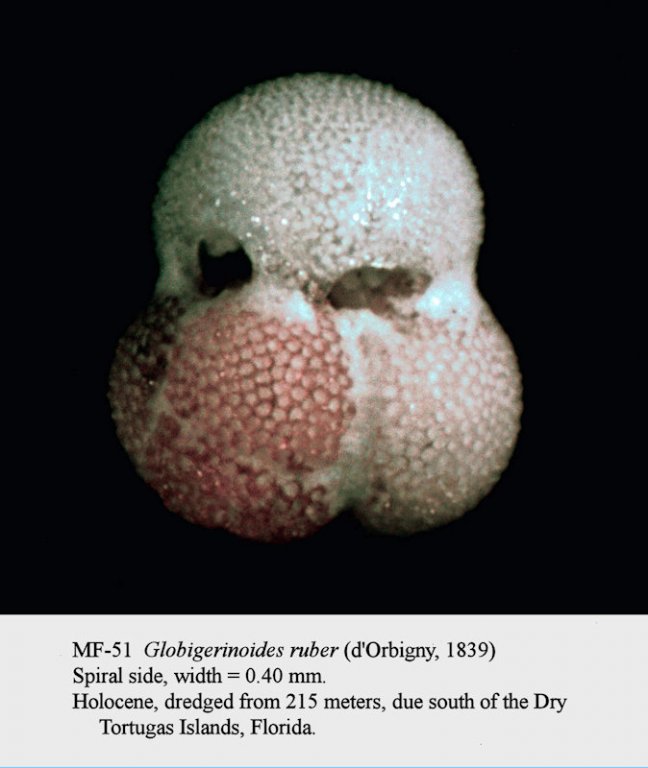 Here is the spiral side of the same specimen, again presented in an oblique view, with two supplementary apertures, two red chambers at the left, and a pale pink one at the right.  The top, final chamber is white, as is most frequently the case.  This taxon is the commonest foram in the sample, by a large margin.

The other red globigerinid is Globoturborotalita rubescens (Hofker, 1956).  According to the World Foraminifera Database, it also occurs in the Gulf of Mexico, but I have seen no specimens in my sample as yet.  This taxon shows four chambers in the umbilical view, rather than three, and lacks the secondary apertures.

A second interesting globigerinid, quite different from the preceding, is Globigerinella siphonifera (d’Orbigny, 1839).  This genus exhibits planispiral forms, rather than trochospiral -- all of the chambers are in the same plane.  (Actually, the test begins growth in a trochospire, but quickly switches growth pattern to planispiral.) 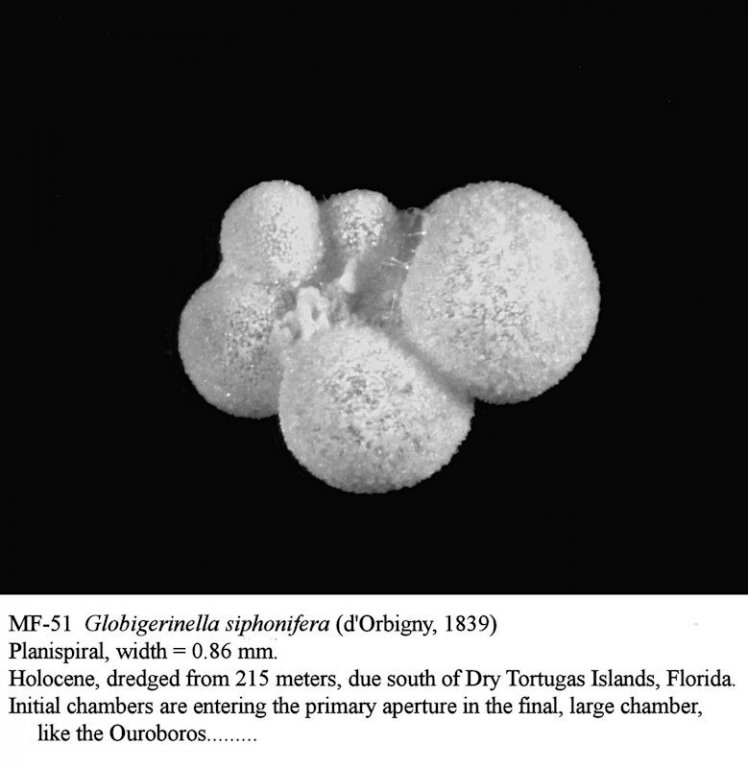 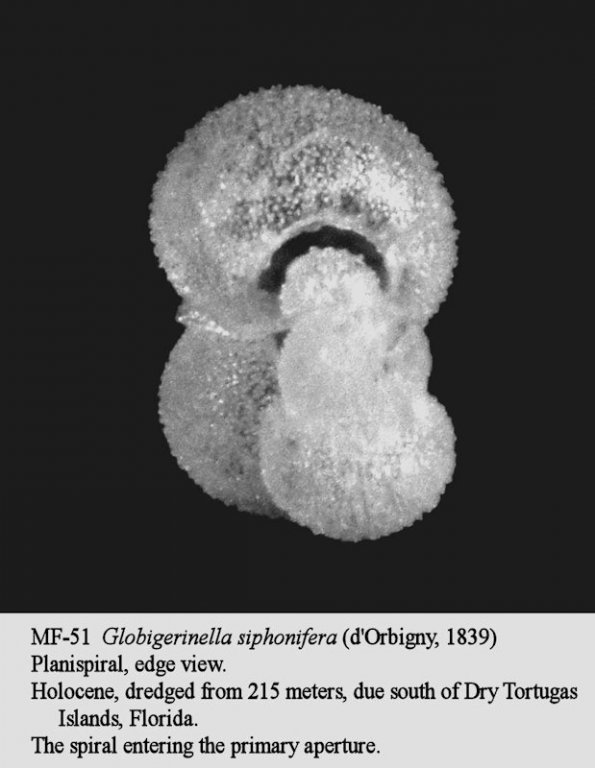 The final chamber appears to be “gobbling up” the initial chambers, like the snake that swallows its own tail.

In Part 3 of this entry, I’ll examine three taxa from the Family Globorotaliidae.  Stay tuned.......