For some general information, including some maps, about the Campanian St. Bartholomä-formation in Styria, Austria see:

The rudist-bearing St. Bartholomä-formation covers an area of about 3km2. Within this area, there are a few sweet spots, where rudist can be found with some confidence: one of the creeks west of Kalchberg; a pile of rocks west of Kalchberg, collected during centuries from the nearby fields; a small, weathered outcrop along a narrow forest road, also west of Kalchberg; or simply an accumulation of fossiliferous limestone with some rudists in a steep forest east of Kalchberg.

But the sweetest spots of all, supplying a continuous flow of rudists, is a scree slope in a small quarry east of Kalchberg - called "Point 25" in my own documentation. The scree slope is located below an outcrop of „Knödelbrekzie“, which is a grain-supported, coarse conglomerate to breccia, exclusive composed of fossiliferous limestone clasts with the occasional rudist, as can be seen in this photo, taken 07/16/2017. The rudist is the cracked, horizontal cylinder-like object in the middle of the photo: 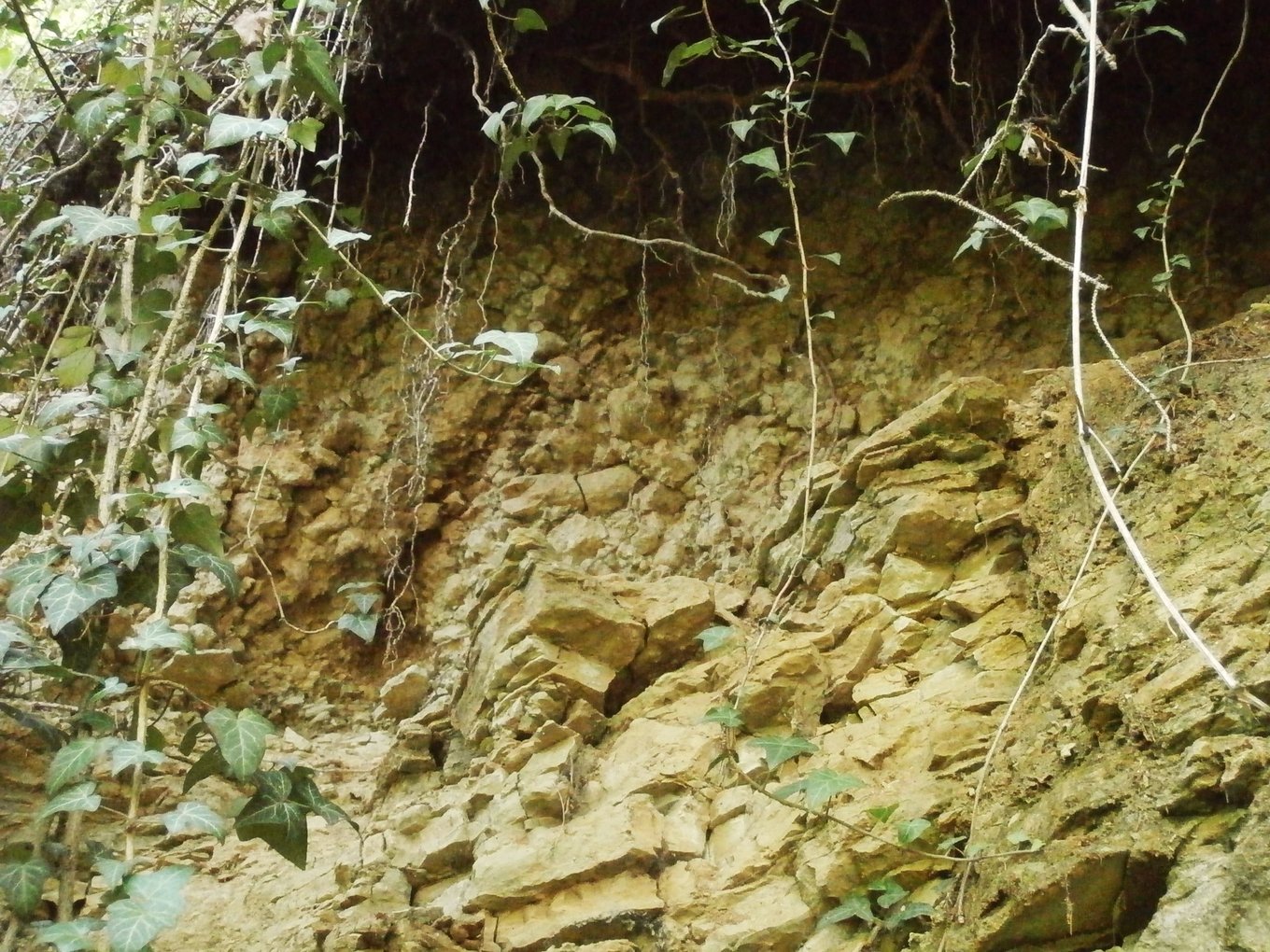 The next photo is a frontal view of a part of the quarry. It was operated about 100 years ago for hydraulic marl and is heavily overgrown, in other words, its very dark there and the photos are so-so (as usual). „K“ denotes the exposure of the „Knödelbrekzie“, which was shown in the photo above; below you can see beds of fine grained calcareous sandstone. The „U“ denotes the entry to the underground workings, the entry is largely filled with debris from above. Below the „U“ is the scree slope, consisting of clasts of fossiliferous limestone, sandstone and marl. At the bottom is the „deep hole“, scale bar is 1 m, the red x will appear again. Photo taken 09/13/2018. 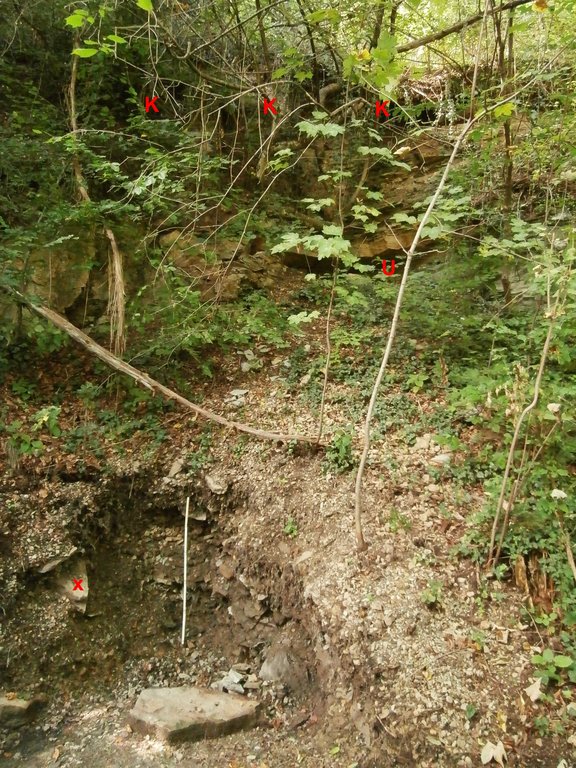 Lateral view of the quarry. Out of operation since 100 years? It doesn´t seem so. I visited this spot for the first time at 07/16/2017 and two rudists were found instantaneously in the scree (beside the one in the outcrop itself). In October 2017, I decided to examine the material of the scree slope systematically. I began with the nearly horizontal left side and progressed to the steeper right side. Fossiliferous limestone (center left) and marl, sandstone, soil, organic material etc. (at the left edge) were dumped separately. Part of the „deep hole“ is visible in the right corner (note the big sandstone slab in the lower right corner, this slab is also visible in the photo above). I collected and dug at this site from October 2017 until 09/13/2018 about 34 times, each time for about 2 hours. Photo taken 09/13/2018. 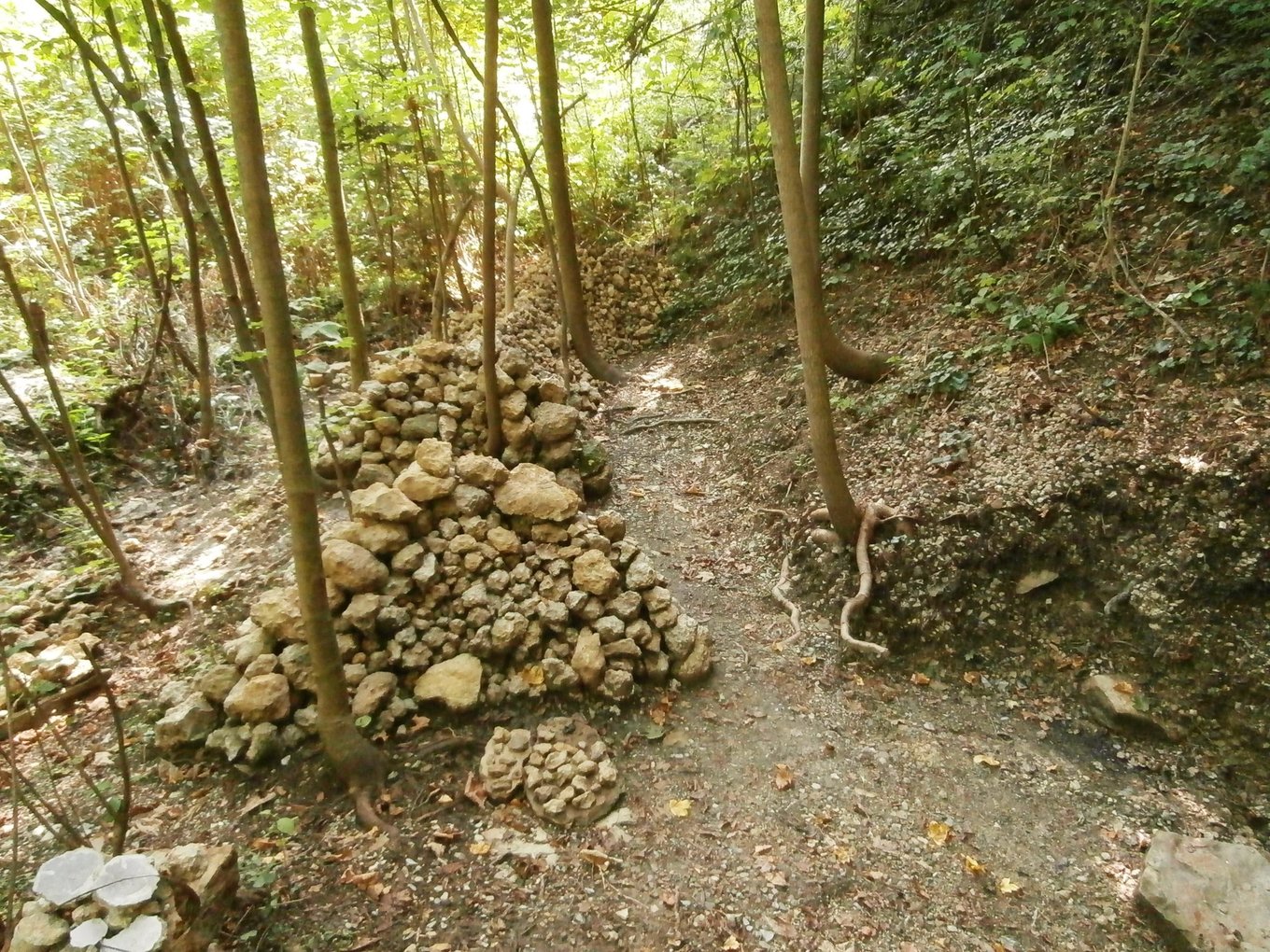 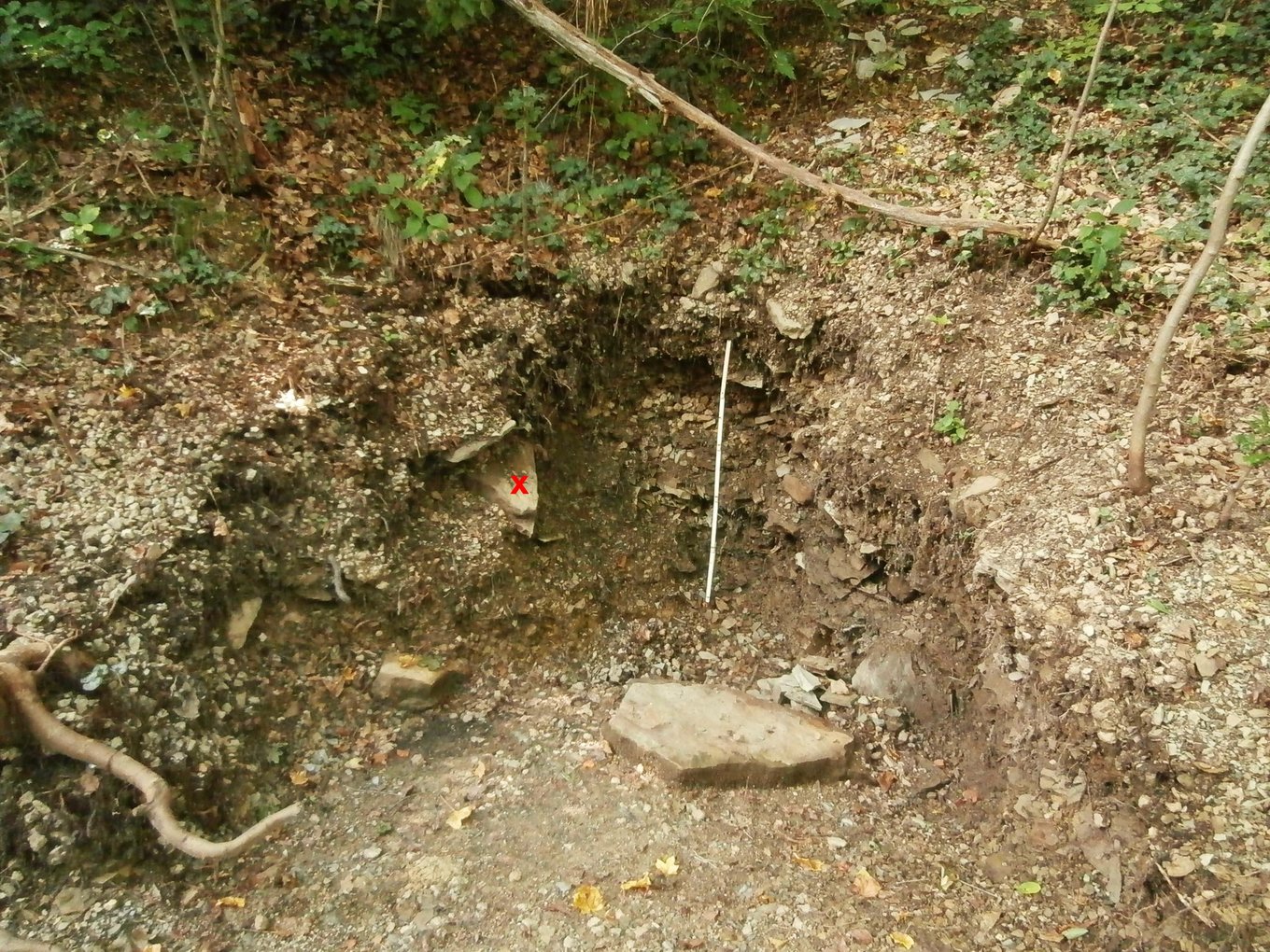