Fine, a very nice rudist - a Hippurites nabresinensis -, one of the longest I have found so far in St. Bartholomä (18 cm). But it came even better! At home, I recognized that I have already seen a quite similar traverse fracture before. Indeed, here it is, with the cleaned traverse fracture of the newly found rudist below. Maximum diameter is about 7.5 cm. 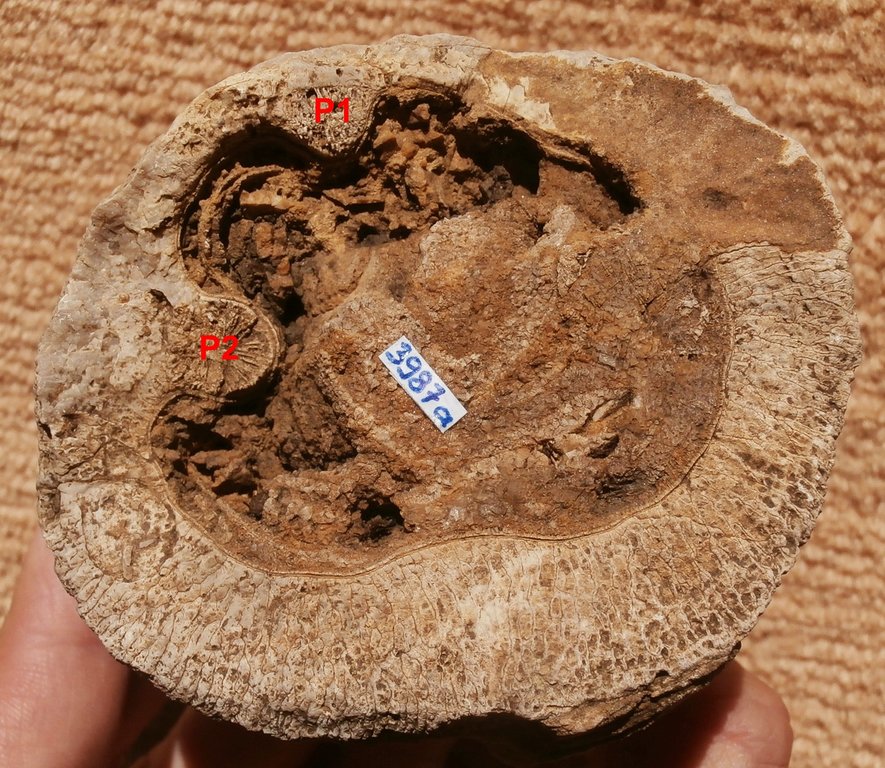 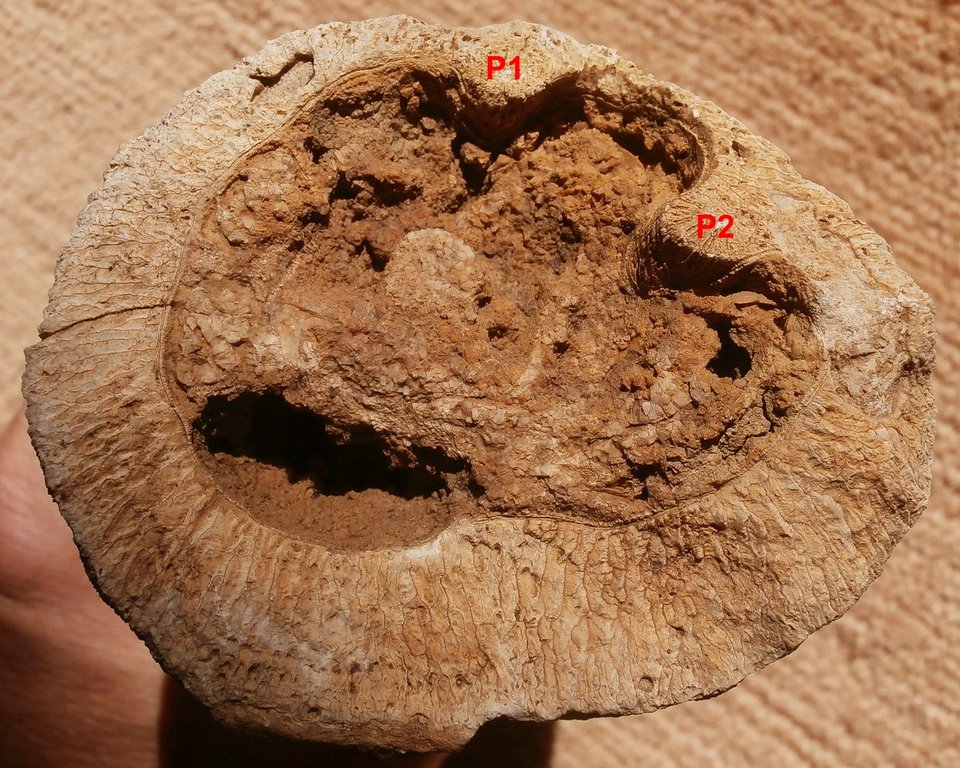 The two parts fit together (considering that there are at least 100 years of weathering between them), resulting in the by far tallest rudist found by me in St. Bartholomä up to now, having a total length of about 27 cm. The shorter part was found at 05/20/2018, about 2 m downslope of the second, longer part, in a depth of about 10-20 cm. Note that the longer part has a kink at the upper end.

The upper part is also the natural end of this rudist, as some parts of the upper valve are preserved (upper left). 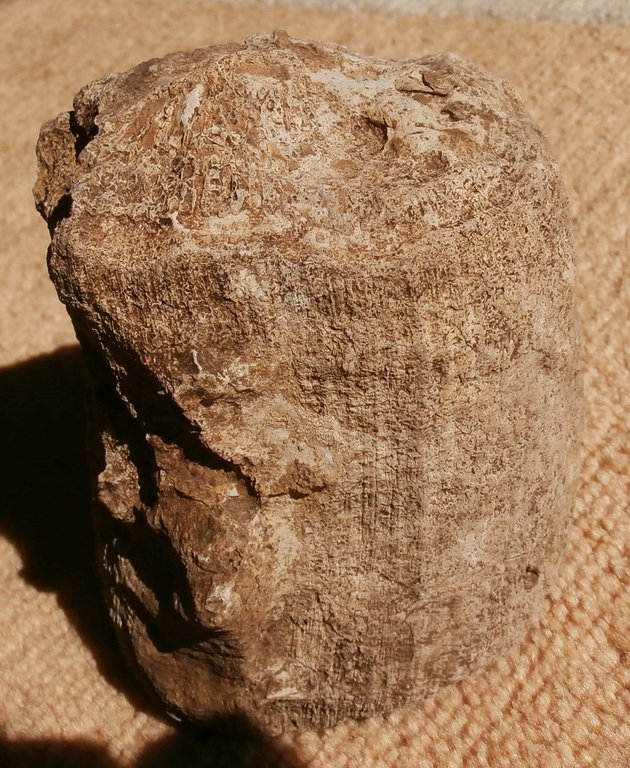 I could stop now, but I don´t. Some people may like numbers, so I will present some in the next entry: