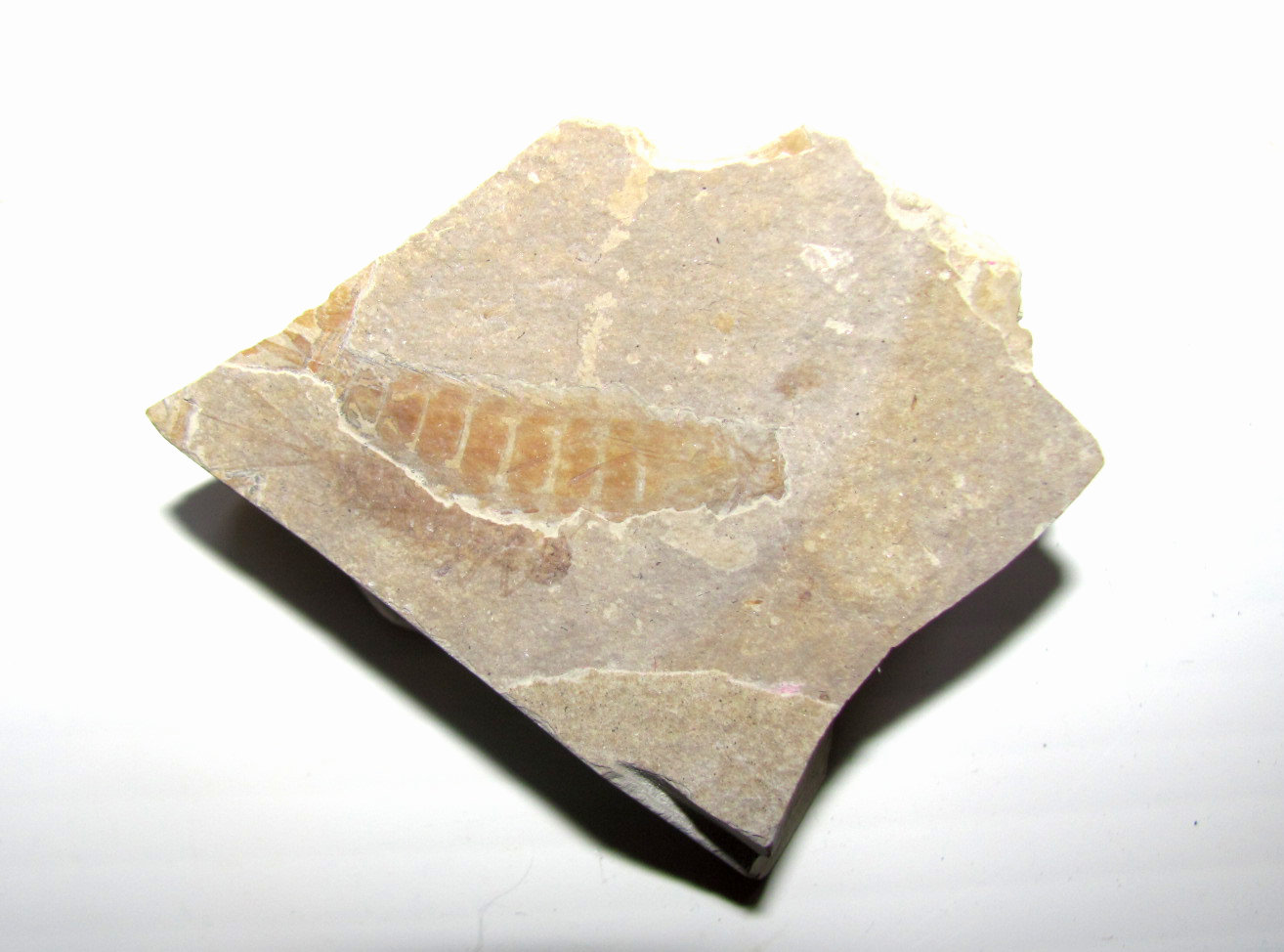 Liaoning Province of China
Late Jurassic to Early Cretaceous 113-145 million years
These fossil plates display classic early dragonfly Ephemeropsis trisetalis features in great detail for a fossil of this age. IInsects were one of the first groups to recover from the great Permian mass extinction and show more diversity in the Triassic. One of their early advantages was that some of them had mastered flight and were able to escape from predators, something no other group succeeded in doing for millions of years. From then until today, insects have been increasing in variety and have remained largely unaffected by other global extinctions. The appearance of flowering plants in Cretaceous further stimulated insect evolution as the plants used insects for pollination. The name Palaeoptera has been traditionally applied to those ancestral groups of winged insects (most of them extinct) that lacked the ability to fold the wings back over the abdomen as characterizes the Neoptera. The Diaphanopterodea, which are palaeopteran insects, had independently and uniquely evolved a different wing-folding mechanism. Both mayflies and dragonflies lack any of the smell centers in their brain found in Neoptera.
Kingdom: Animalia
Phylum: Palaeoptera
Class: Insecta
Order: Ephemeroptera
Genus: Ephemeropsis
Species: trisetalis