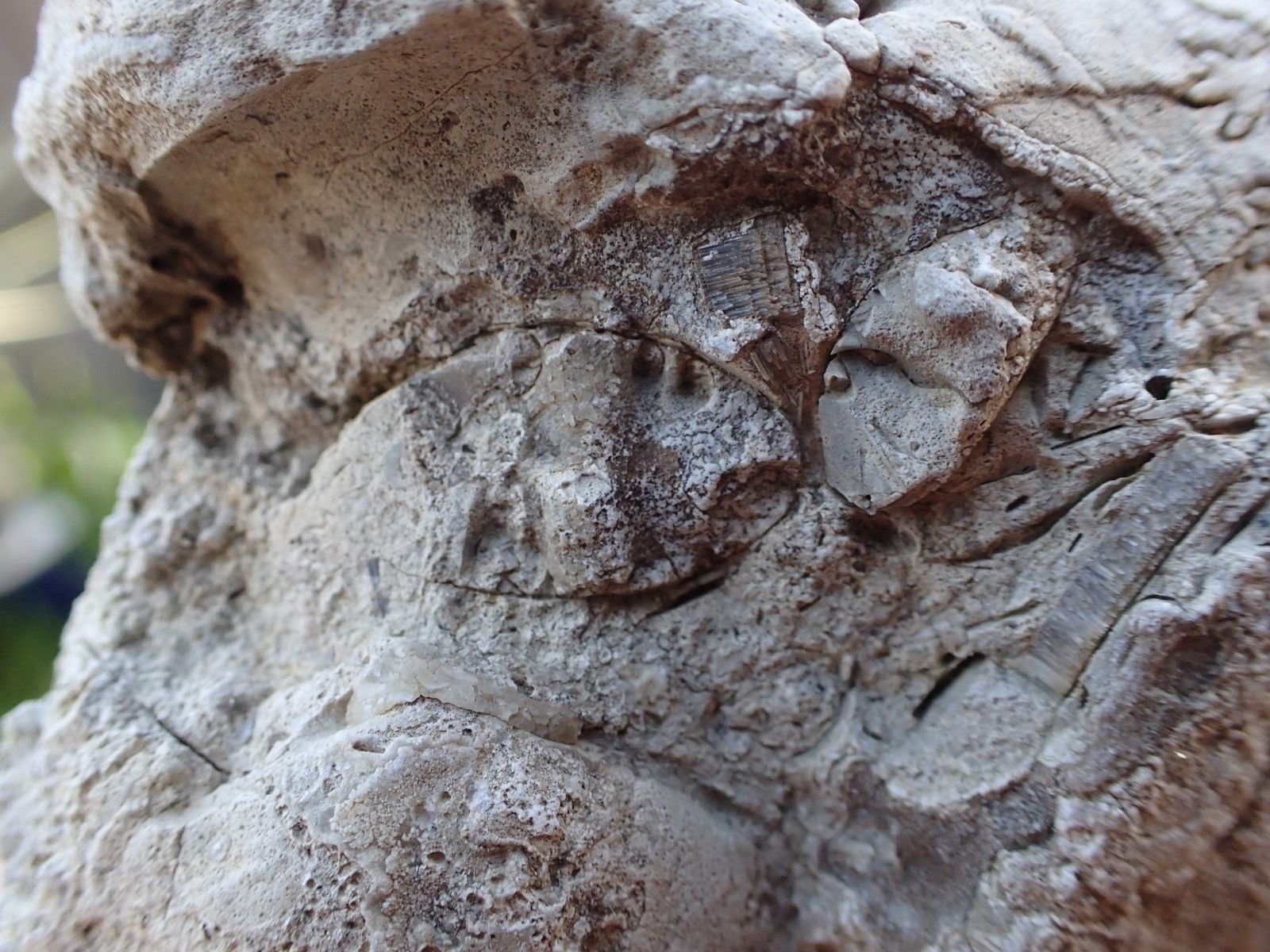 SITE LOCATION: northeast Montana
TIME PERIOD: Cretaceous period (66-145 million years)
Nice little segment of fossilized baculite from northeast Montana that shows off the suture lines of these ancient animals. Interesting tiny druzy formations on the ends. Lots of sparkle. Baculites from this are dated to the Cretaceous period and are over 65 million years old. aculites ("walking stick rock") is an extinct genus of cephalopods with a nearly straight shell, included in the heteromorph ammonites. The genus, which lived worldwide throughout most of the Late Cretaceous, was named by Lamarck in 1799. The adult shell of Baculites is generally straight and may be either smooth or with sinuous striae or ribbing that typically slant dorso-ventrally forward. The aperture likewise slopes to the front and has a sinuous margin. The venter is narrowly rounded to acute while the dorsum is more broad. The juvenile shell, found at the apex, is coiled in one or two whorls and described as minute, about a centimeter in diameter. Adult Baculites ranged in size from about seven centimeters (Baculites larsoni) up to two meters in length. As with other ammonites, the shell consisted of a series of camerae, or chambers, that were connected to the animal by a narrow tube called a siphuncle by which gas content and thereby buoyancy could be regulated in the same manner as Nautilus does today. The chambers are separated by walls called septa. The line where each septum meets the outer shell is called the suture or suture line. Like other true ammonites, Baculites have intricate suture patterns on their shells that can be used to identify different species. One notable feature about Baculites is that the males may have been a third to a half the size of the females and may have had much lighter ribbing on the surface of the shell. The shell morphology of Baculites with slanted striations or ribbing, similarly slanted aperture, and more narrowly rounded to acute keel-like venter points to its having had a horizontal orientation in life as an adult. This same type of cross section is found in much earlier nautiloids such as Bassleroceras and Clitendoceras from the Ordovician period, which can be shown to have had a horizontal orientation. In spite of this, some researchers have concluded that Baculites lived in a vertical orientation, head hanging straight down, since lacking an apical counterweight, movement was largely restricted to that direction. More recent research, notably by Gerd Westermann, has reaffirmed that at least some Baculites species in fact lived in a more or less horizontal orientation.
Kingdom: Animalia
Phylum: Mollusca
Class: Cephalopoda
Order: †Ammonitida
Family: †Baculitidae
Genus: †Baculites