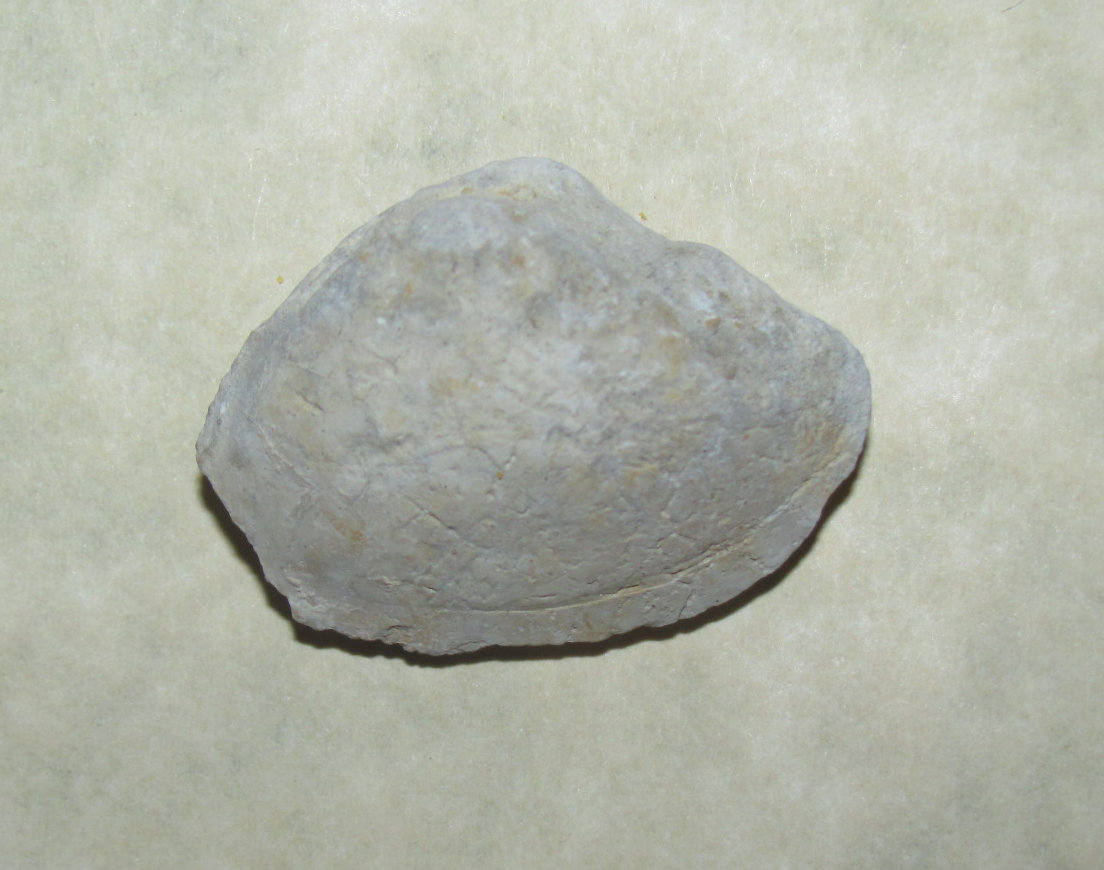 Tapes decepta Mollusk Cast
SITE LOCATION: Glen Rose Formation, Bandera County, Texas, USA
TIME PERIOD: Lower Cretaceous (100-145 million years ago)
Data: Clams and their relatives (oysters, scallops, and mussels) are often called bivalves (or bivalved mollusks) because their shell is composed of two parts called valves. Bivalves have a long history. Their fossils first appear in rocks that date to the middle of the Cambrian Period, about 510 million years ago. Although the group became increasingly abundant about 400 million years ago during the Devonian Period, bivalves really took off following the massive extinction at the close of the Permian Period. Modern bivalves live in a variety of marine and freshwater environments, from the shallow waters near shore to great depths in the ocean. Fossils indicate that bivalves have occupied most of these environments for more than 450 million years, but during the Paleozoic Era they were especially common in near-shore environments. The Veneridae or venerids, common name the venus clams, are a very large family of minute to large, saltwater clams, marine bivalve molluscs. Over 500 living species of venerid bivalves are known, most of which are edible, and many of which are exploited as food sources. Many of the most important edible species are commonly known (in the USA) simply as "clams". Venerids make up a significant proportion of the world fishery of edible bivalves. The family includes some species that are important commercially, such as (in the USA) the hard clam or quahog, Mercenaria mercenaria.
Kingdom: Animalia
Phylum: Mollusca
Class: Bivalvia
Order: Veneroida
Family: Veneridae
Genus: Tapes
Species: decepta