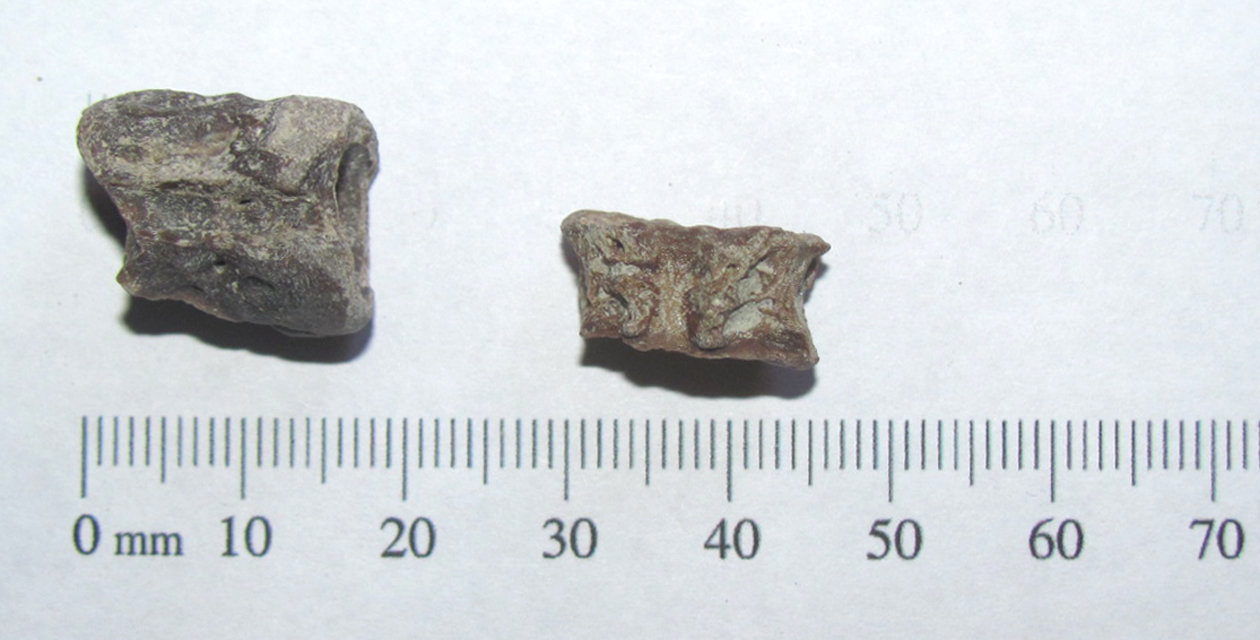 Share Followers 0
Fish Vertebrae
SITE LOCATION: Pungo River or Yorktown Formation, Aurora, Beaufort Co., North Carolina, USA
TIME PERIOD: Miocene age (5.3-23 Million Years Ago)
Data: Fish are the gill-bearing aquatic craniate animals that lack limbs with digits. They form a sister group to the tunicates, together forming the olfactores. Included in this definition are the living hagfish, lampreys, and cartilaginous and bony fish as well as various extinct related groups. Tetrapods emerged within lobe-finned fishes, so cladistically they are fish as well. However, traditionally fish are rendered paraphyletic by excluding the tetrapods (i.e., the amphibians, reptiles, birds and mammals which all descended from within the same ancestry). Because in this manner the term "fish" is defined negatively as a paraphyletic group, it is not considered a formal taxonomic grouping in systematic biology. The traditional term pisces (also ichthyes) is considered a typological, but not a phylogenetic classification.
Kingdom: Animalia
Phylum: Chordata
Class: Osteichthyes
From the album: