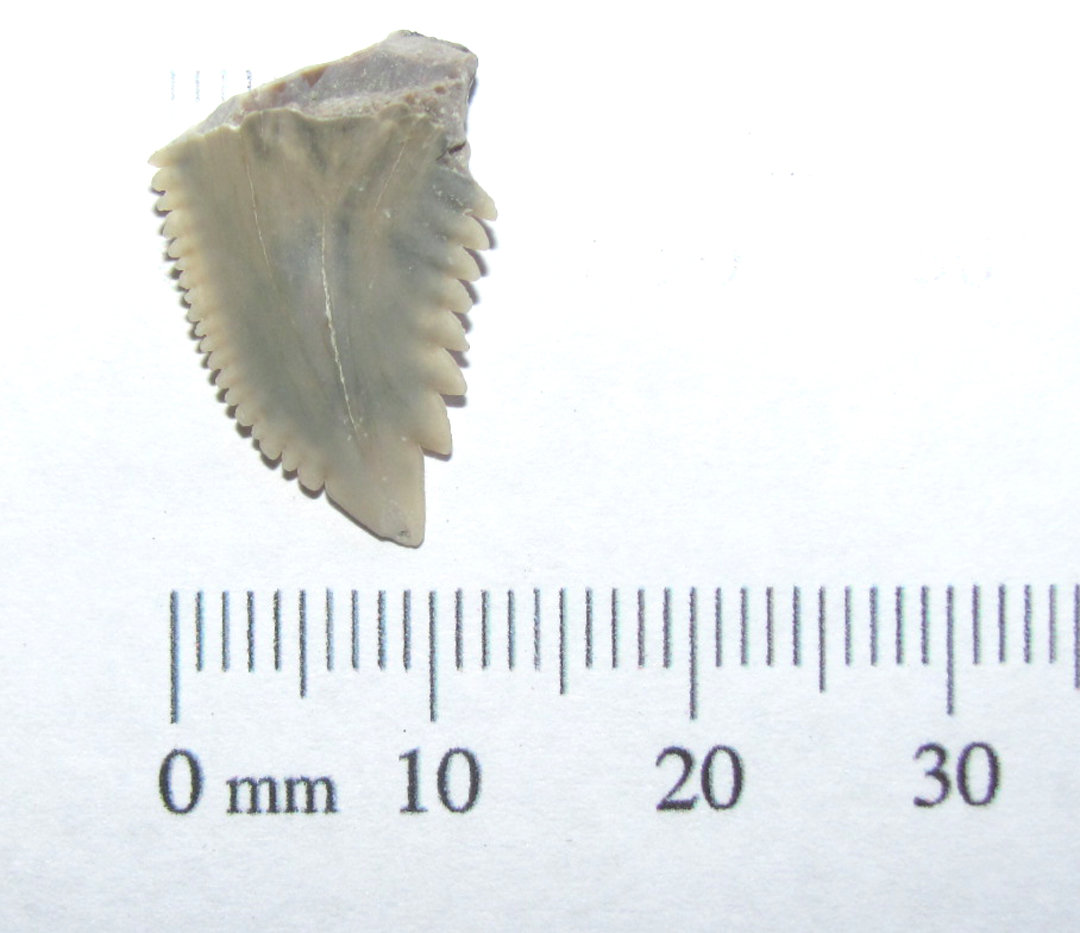 Hemipristis serra (Snaggletooth shark) Teeth
SITE LOCATION: Pungo Pits, Aurora, North Carolina, USA
TIME PERIOD: Miocene age (5.3-23 Million Years Ago)
Data: Hemipristis is a genus of weasel shark, family Hemigaleidae. It contains one extant species, the snaggletooth shark (H. elongata), as well as several extinct species. Hemipristis has two distinct type of teeth in each section of its jaw. The ones on the upper jaw act like knives, cutting through the flesh of the prey, while the pointed ones on the bottom act like forks, spearing the prey and holding it down. Because this shark was poorly studied in the past and its top and bottom jaw teeth differ to such a great degree, its top and lower jaw teeth were assigned to a separate genus in the past. Hemipristis serra - An extinct species from the Oligocene-Miocene of Florida, South Carolina, and other areas on the Atlantic coast.
Kingdom: Animalia
Phylum: Chordata
Class: Chondrichthyes
Order: Carcharhiniformes
Family: Hemigaleidae
Genus: Hemipristis
Species: †serra