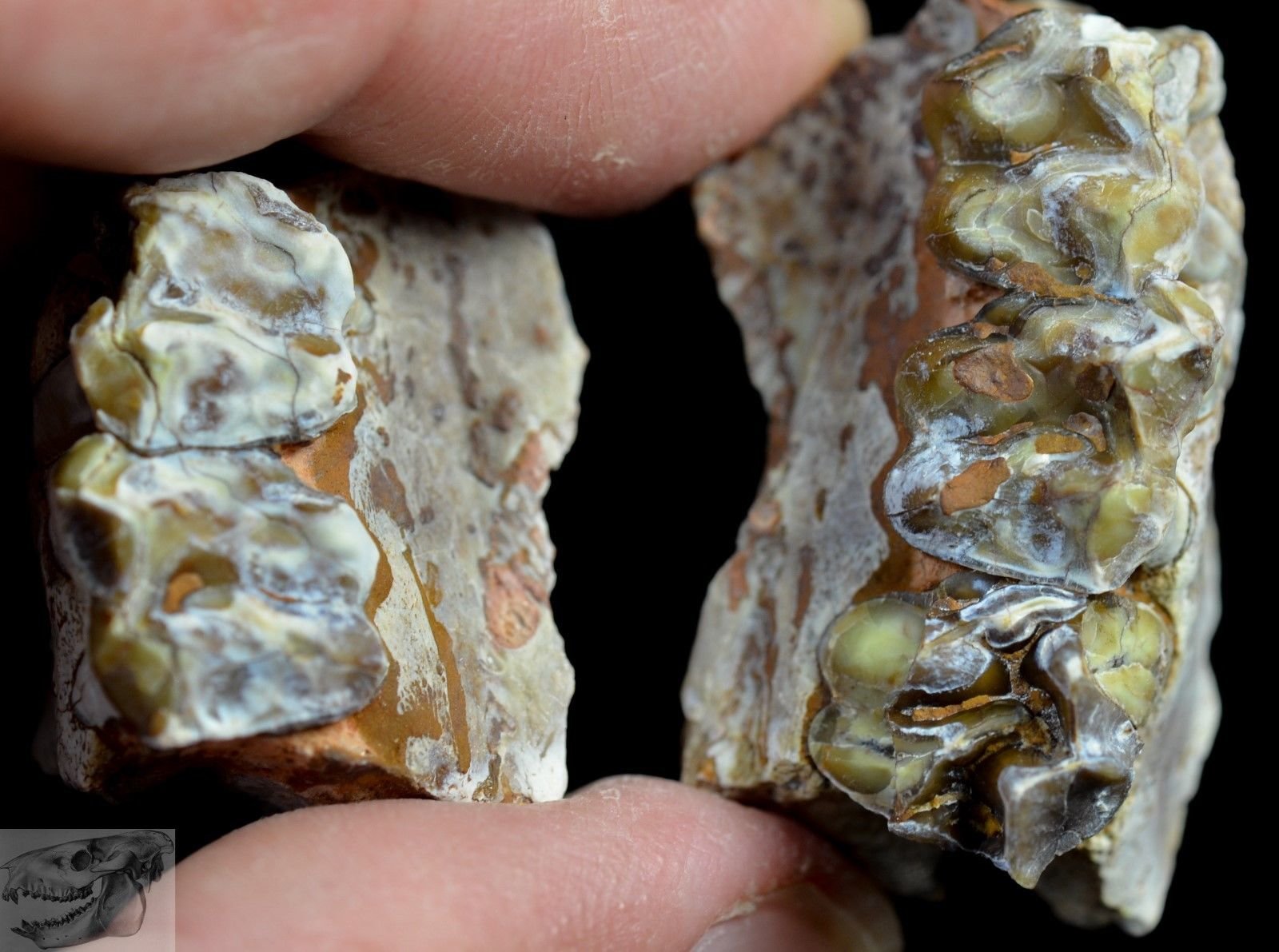 Mesohippus bairdi Upper Teeth Pair
SITE LOCATION: Pennington County, South Dakota, USA
TIME PERIOD: Oligocene, 30 Million Years Ago
Data: This is a pair of upper sections from the same individual. It is part of the palate of Mesohippus. There are 4 worn teeth and 1 partial tooth. Mesohippus (Greek: meso meaning "middle" and hippos meaning "horse") is an extinct genus of early horse. It lived some 30 to 40 million years ago from the Middle Eocene to the Early Oligocene. Like many fossil horses, Mesohippus was common in North America. Mesohippus had longer legs than its predecessor Eohippus and stood about 60 cm (6 hands) tall. It had also lost a toe and stood predominantly on its middle toe, although the other two were also used. The face of Mesohippus was longer and larger than earlier equids. It had a slight facial fossa, or depression, in the skull. The eyes were rounder, and were set wider apart and farther back than in Hyracotherium. Unlike earlier horses, its teeth were low crowned and contained a single gap behind the front teeth, where the bit now rests in the modern horse. In addition, it had another grinding tooth, making a total of six. Mesohippus was a browser that fed on tender twigs and fruit. The cerebral hemisphere, or cranial cavity, was notably larger than that of its predecessors; its brain was similar to that of modern horses.
Kingdom: Animalia
Phylum: Chordata
Class: Mammalia
Order: Perissodactyla
Family: Equidae
Genus: †Mesohippus
Species: †bairdi