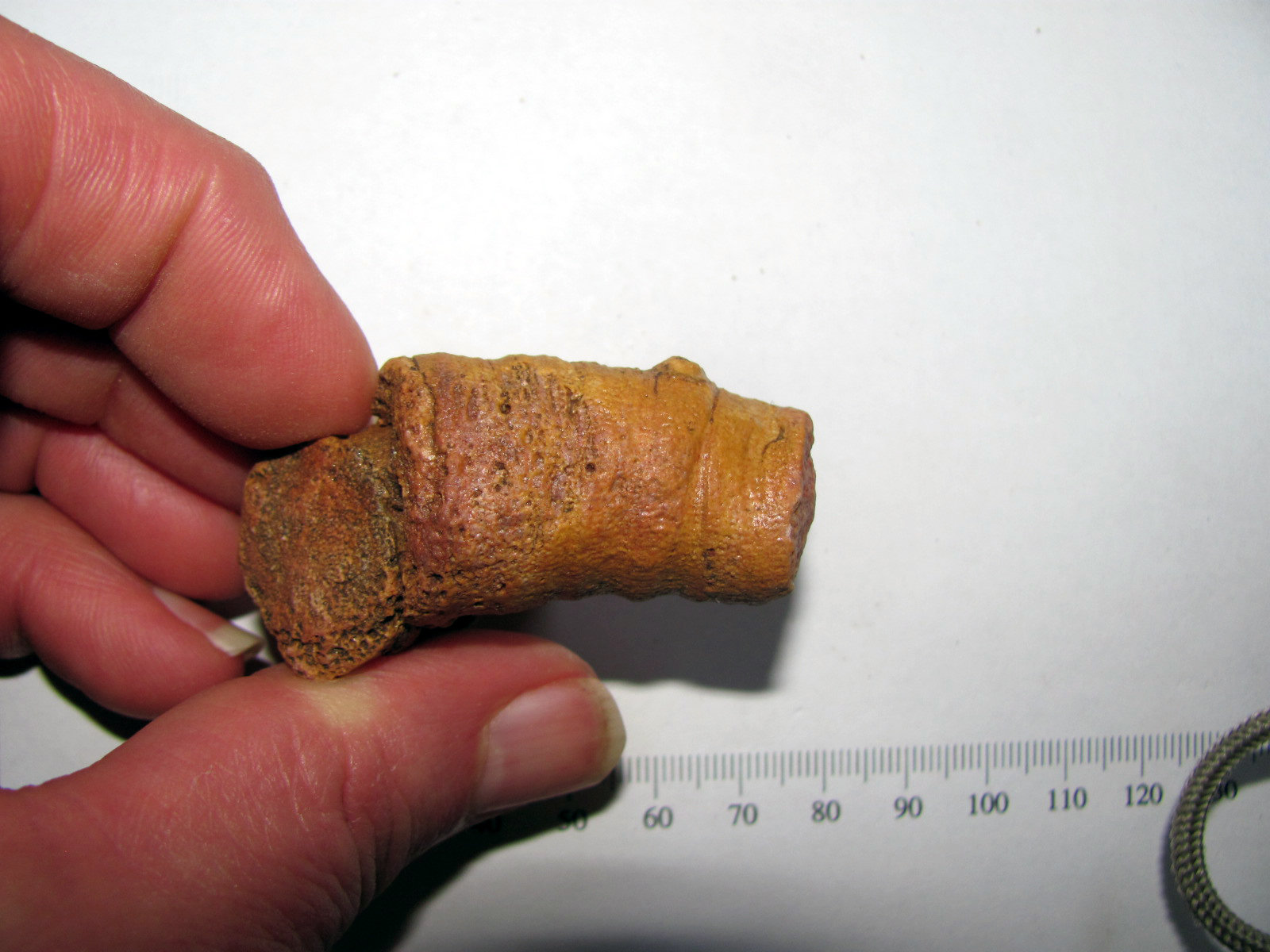 Morocco
Devonian age (~400 million years ago)
The Rugosa, also called the Tetracorallia, are an extinct order of solitary and colonial corals that were abundant in Middle Ordovician to Late Permian seas. Solitary rugosans (e.g., Caninia, Lophophyllidium, Neozaphrentis, Streptelasma) are often referred to as horn corals because of a unique horn-shaped chamber with a wrinkled, or rugose, wall. Some solitary rugosans reached nearly a meter in length. However, some species of rugose corals could form large colonies (e.g., Lithostrotion). When radiating septa were present, they were usually in multiples of four, hence Tetracoralla in contrast to modern Hexacoralla, colonial polyps generally with sixfold symmetry. Rugose corals have a skeleton made of calcite that is often fossilized. Like modern corals (Scleractinia), rugose corals were invariably benthic, living on the sea floor or in a reef-framework. Some symbiotic rugose corals were endobionts of Stromatoporoidea, especially in the Silurian period. Rugose corals will also always have a columella, an axial rod which supports the septa running up the center of the corallite. It is present in rugose corals because they were mainly solitary and so required the extra support. Tabulate corals have no columella because they were always colonial and relied on the support of neighboring corallites.
Kingdom: Animalia
Phylum: Cnidaria
Class: Anthozoa
Subclass: †Rugosa (Milne-Edwards and Haime, 1850)