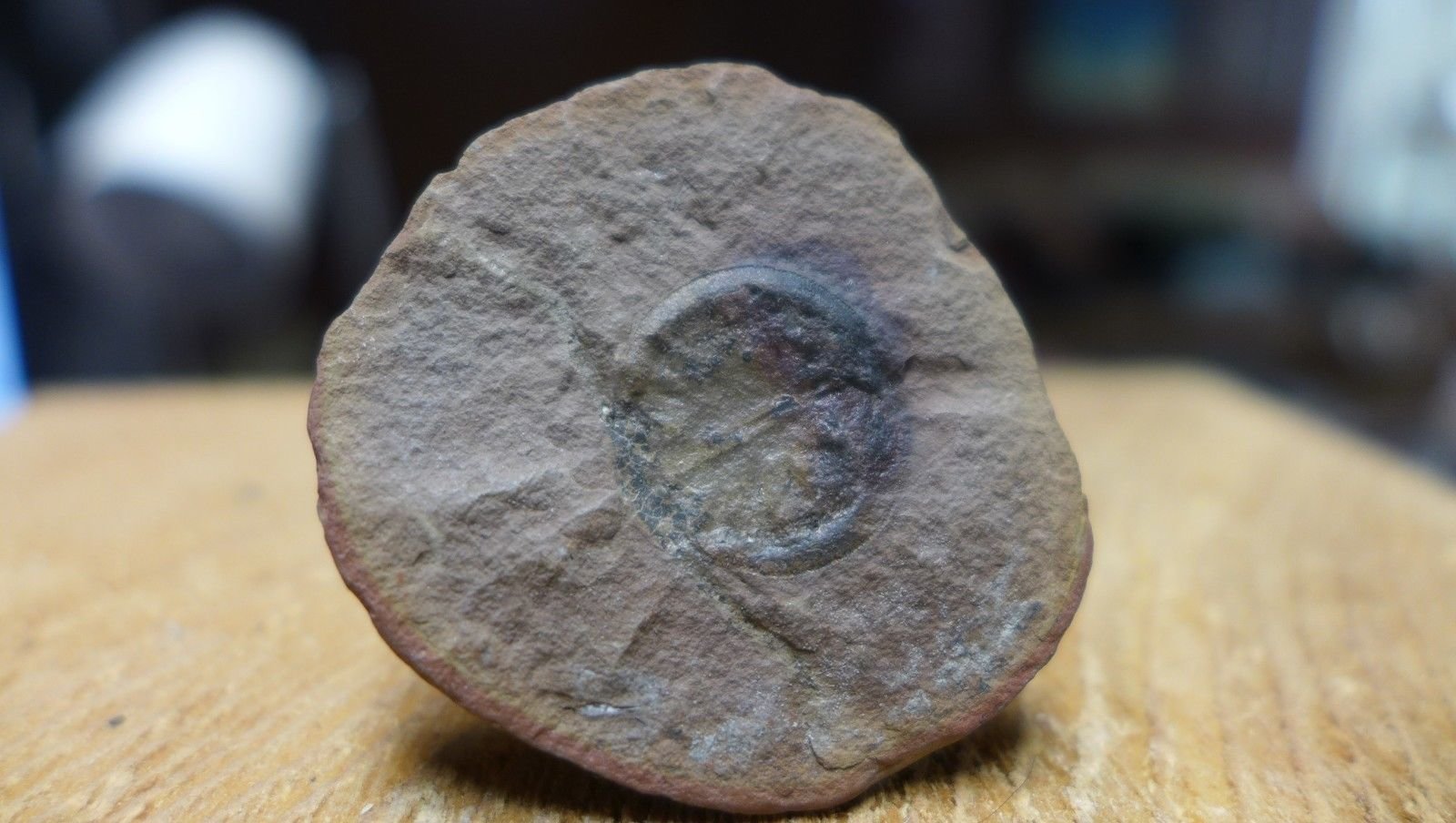 Francis Creek formation of Illinois
Pennsylvanian Period (323.2 -298.9 million years ago)
Cyclida (formerly Cycloidea, and so sometimes known as cycloids) is an order of fossil arthropods that lived from the Carboniferous to the Cretaceous. Their classification is uncertain, but they are generally treated as a group of maxillopod crustaceans. Cycloids have a "striking" resemblance to crabs, and are thought to have inhabited a similar ecological niche, and to have been driven to extinction when crabs became widespread and diverse. The largest members are over 6 centimetres (2.4 in) across the carapace. Their gills are often preserved in three dimensions, and do not resemble those of other crustaceans. Cycloid taxa differ in the number of walking legs, in the form of the mouthparts and in other significant ways. This specimen measures approximately 1/2" across with the concretion measuring 1 1/2" across.
Kingdom: Animalia
Phylum: Arthropoda
Subphylum: Crustacea
Class: Maxillopoda
Subclass: Branchiura
Order: †Cycloidea
Family: †Cyclidae
Genus: †Cyclus
Species: †americanus