Fossil whale material is not common from Barton two species are recorded.  According to the British NHM this is " centrum of anterior lumber vertabra of archaeocete whale. Of the two genera recorded from the Barton Clay, it is closest to Zygorhiza. However, there are a few anomalous features, like the presence of 3 ventral ridges which might indicate that it is not this genus. The circular scar on the R-H ventral surface may represent where the gastropod (possibly Calyptraea) was attached as the vertabra lay on the sea floor"

It was suggested at the time anyone working on fossil Whales in the US might be able to shed some more light on the vertabra. So if anyone can help I'd be gratefull. 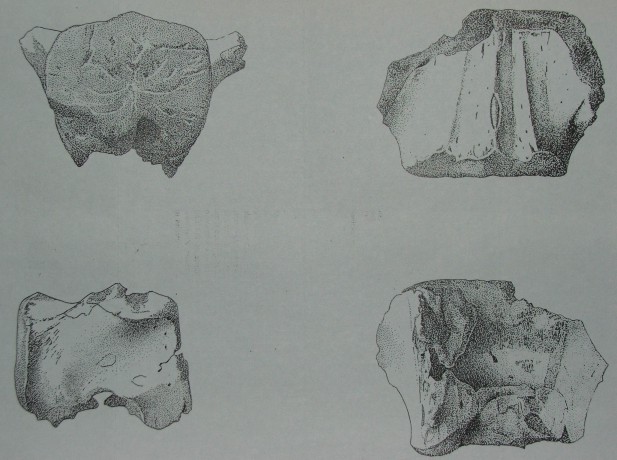