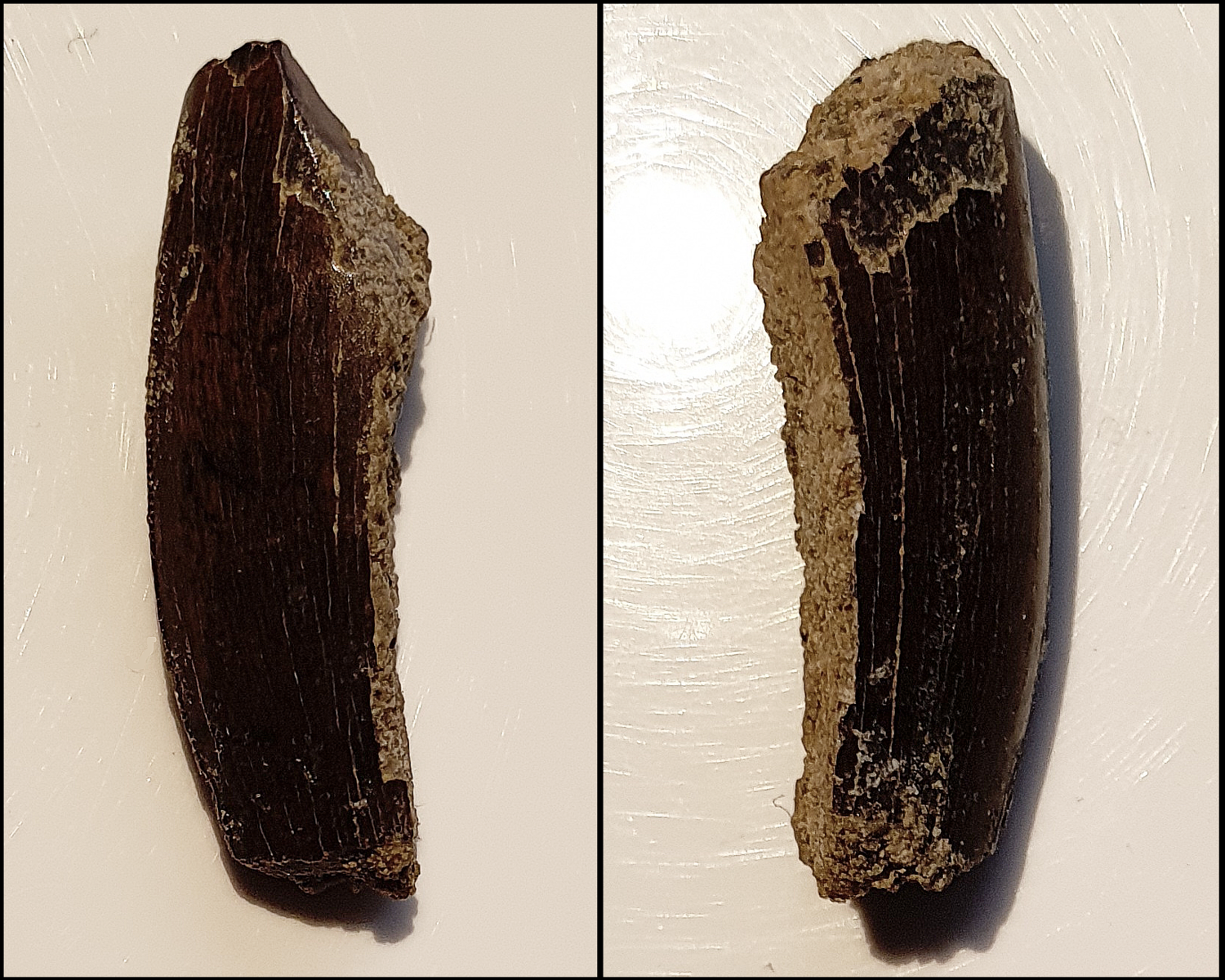 Other images in Dinosaurs

Quite small tooth fragment of a juvenile specimen (classically referred to Nanotyrannus, now no longer recognized as a valid genus), but serrations are preserved. Identifiable down to the genus and species level since Hell Creek did not have any tyrannosaurids other than Tyrannosaurus rex.