Three million years ago the Mid-Piacenzian warming stage was in effect for South Florida. The cool water fauna exemplified by Chesapecten found in Bed 11 of the Tamiami Formation was replaced by a warmer more diverse fauna, which formed extremely fossiliferous shell beds in the Sarasota and Kissimmee River regions of Florida. These deposits are called the Pinecrest beds after the tiny city of Pinecrest, Florida where they were first described by Axel Olsson in 1964. The Pinecrest is known to form 11 distinct beds that have a tendency to be dominated by one or two species (fig. 1) and together have the highest diversity of any shell deposit in the United States with an estimated total of 1000-1200 different molluscan species.

As described by Ed Petuch in 1982, the Pinecrest shell beds at the famous APAC pit were as follows:

Bed 5 A layer of the filter feeding gastropods Vermicularia recta

Bed 6/7 The thickest and most diverse shell bed 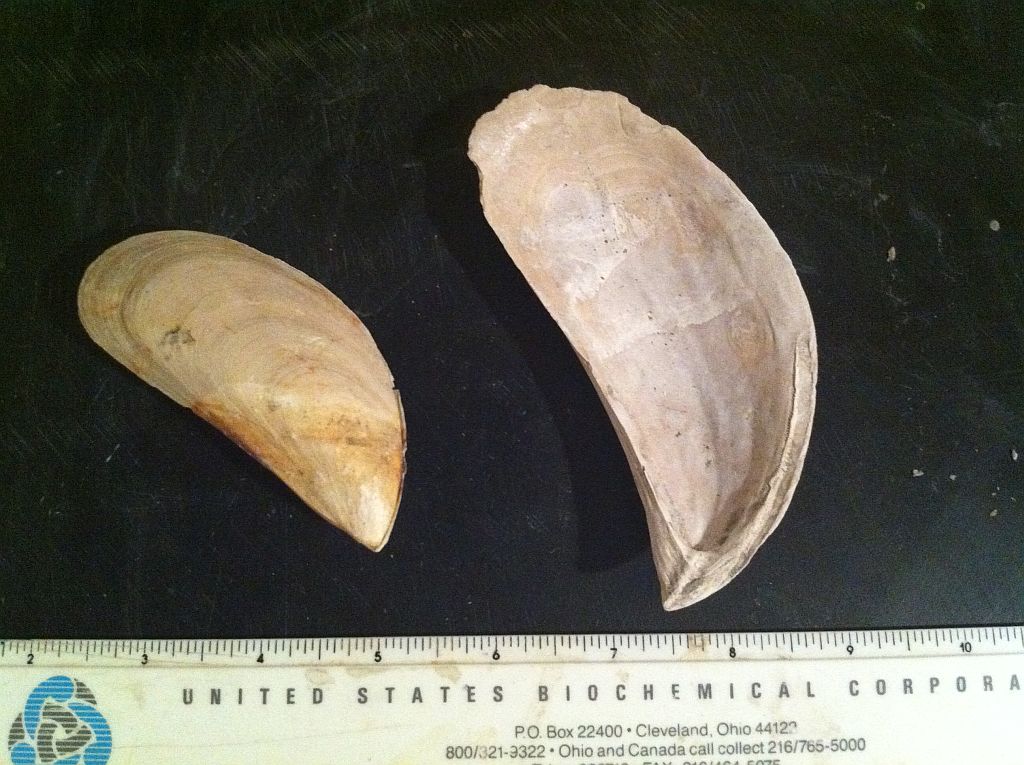 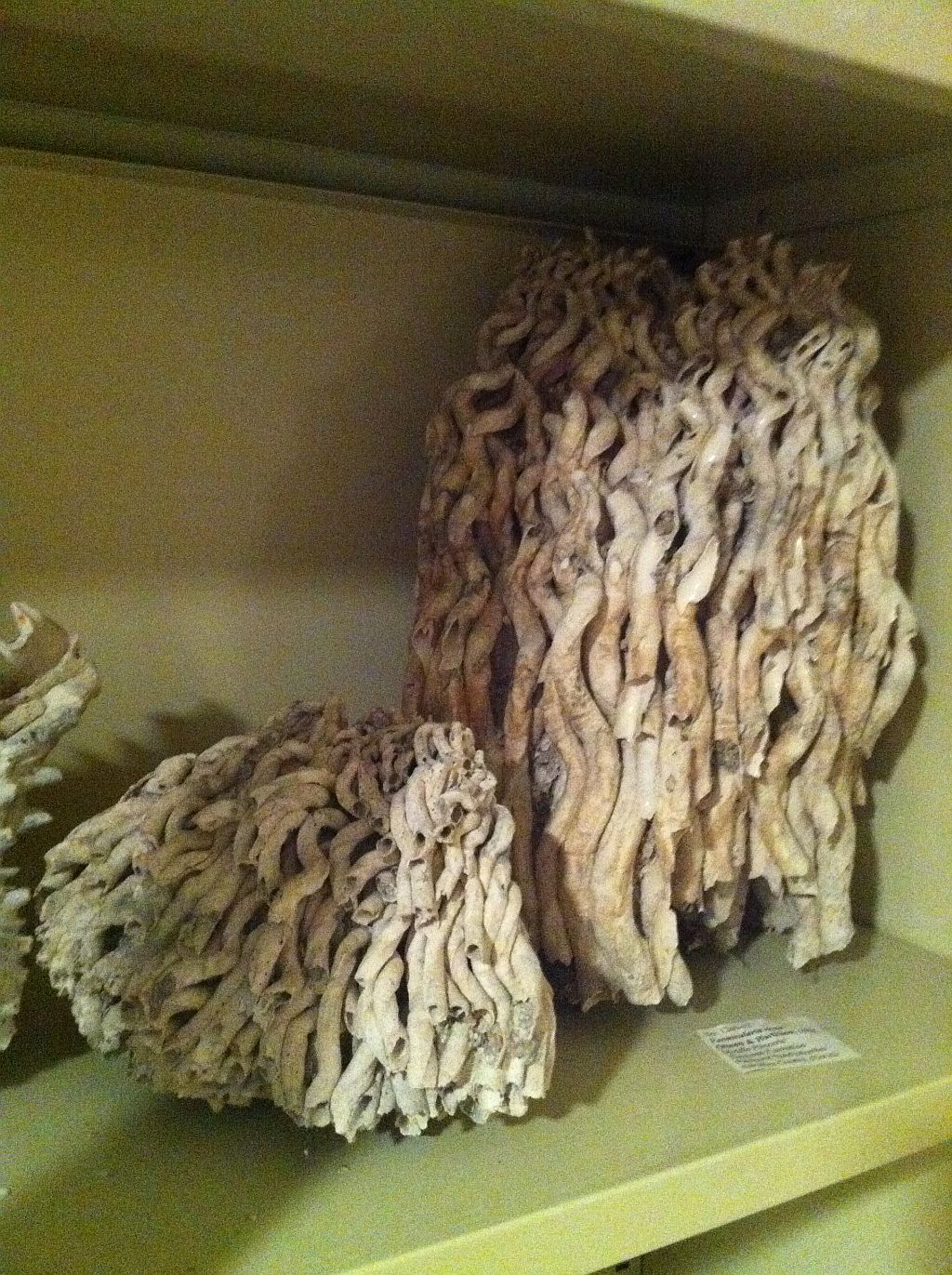 As popular as these deposits are for the fossil shell collector, their geology and paleontology are a mess. Formations are described based on the lithology (type of rocks) and uncomformities (time gaps) not their fossils and yet numerous formations of similar lithology and members of patchy distribution have been named based solely on fossil content. Four distinct biozones, however do occur which document three extinction events, two of which had significant fauna turnover. My personal impression of Florida geology is that it is like trying to fit a square peg in a round hole. So many changes were occurring during the Florida Plio-Pleistocene that it is difficult to apply conventional rules. Add to the mix a plethora of books aimed at the amateur market that excessively split species and make ecological interpretations that are not backed by experimental proof or peer-review. With all of the taxonomic splitting that has occurred, many hundreds of species are listed as extinct giving the impression that today’s Floridian fauna is much diminished from the Pliocene. Comparison of valid Pliocene species with the modern Floridian molluscan fauna however, shows a near equal number of species between the two. Also with the inflated number of species reported from the Pinecrest beds comes the assumption that the supposed increased diversity in the Pliocene must have been due to tropical conditions. Isotopic studies by Warren Allmon of the Paleontological Research Institute discounts warmer Pliocene water temperature and suggests that the Gulf was slightly cooler due to seasonal upwelling of nutrient rich deep water.

Ed Petuch has described endemic faunas from each Pinecrest Bed which is not supported by most modern-day stratigraphers and paleontologists, but I did not know this when I first identified my APAC finds. My original intent with this blog was to post a new field trip each month but when I jumped into the Tamiami Formation I knew that it was going to be awhile before I would be posting again. I didn’t know at the time it would take me almost a year to accurately identify my collection using classical publications by Dall, Mansfield, and Olsson and tying it all together with the recent work of Lyle Campbell and Lauck Ward. In reporting on these shell beds, I have settled on a general stratigraphic classification similar to that used by Warren Allmon. I call Beds 5-10 the Lower Pinecrest which is separated from Beds 2-4, the Upper Pinecrest, by a gap of tens of thousands of years. In this post I will be reporting on the Lower Pinecrest and describe the Upper Beds when I write about the Pliocene extinction.

In my last post, I described a cool water fauna from lowest bed of the Pinecrest, Bed 11 exposed in a Sarasota County quarry (locality 1016). This layer showed that animal life in Florida was similar to that in the Yorktown Formation of the Mid-Atlantic States which was being deposited at the same time. The succeeding layer Bed 10 also exposed in the same quarry shows significant differences. Whales and sharks which were found in abundance in Bed 11, disappeared due to decreased ocean productivity from the continued closure of the Isthmus of Panama. A thick shell bed began accumulating containing species influenced more from the tropics than from the Yorktown fauna. Large shells are common here as well as warm-water genera such as Strombus, Oliva, Conus, and Cypraea (fig. 2). 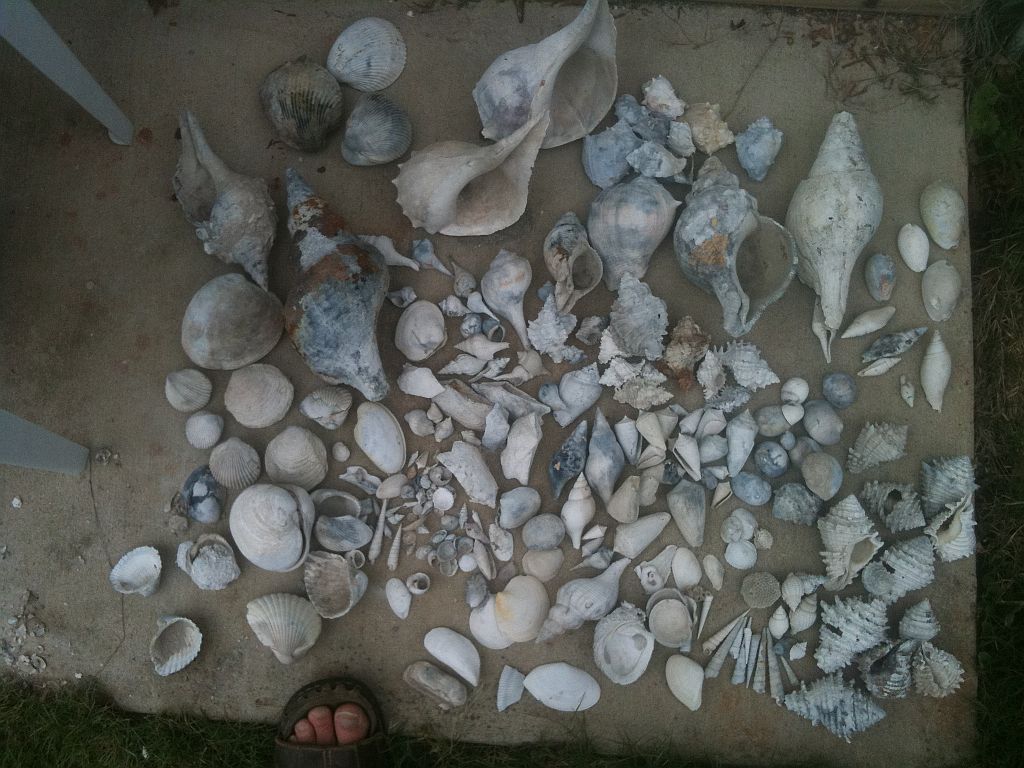 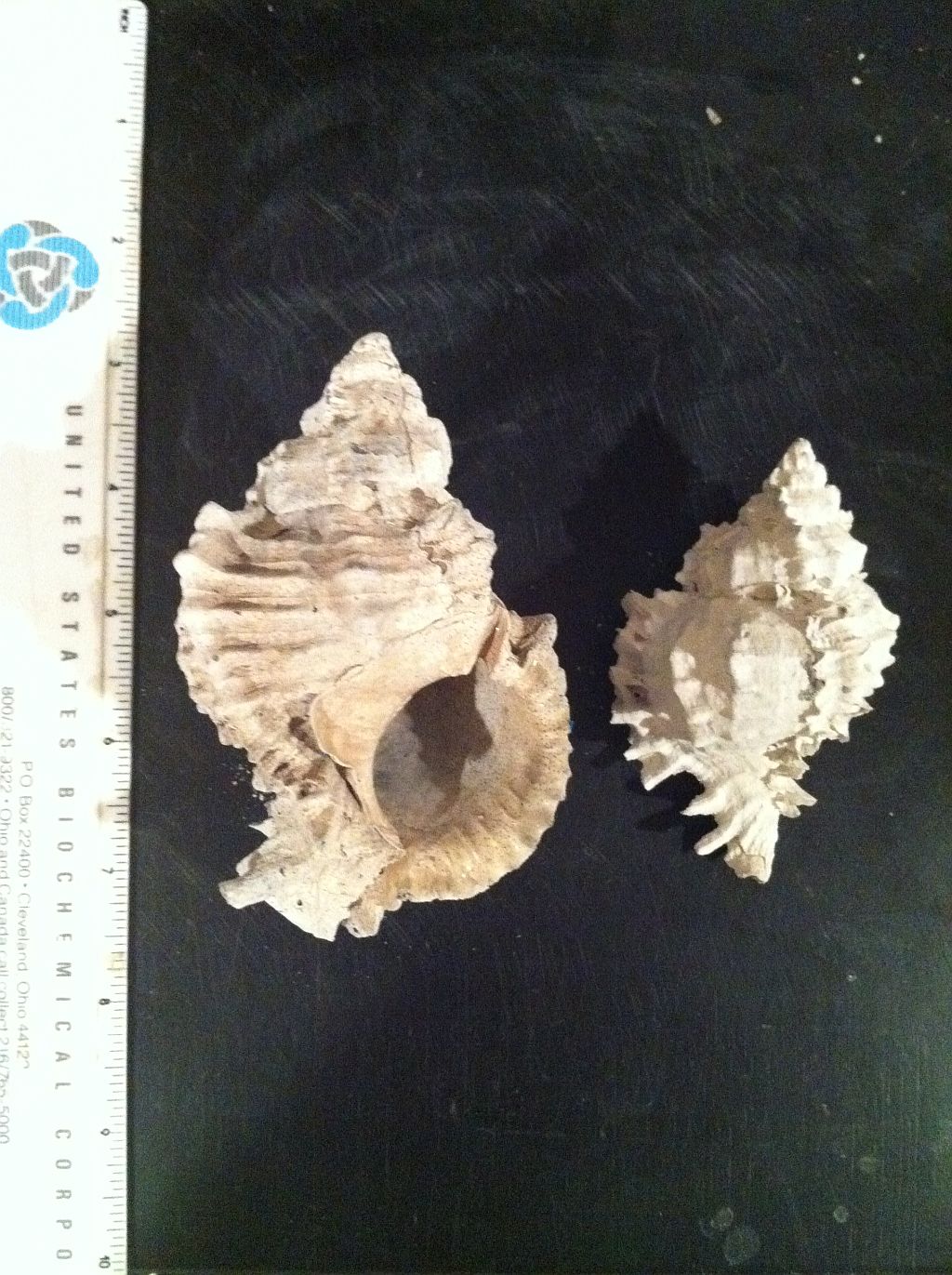 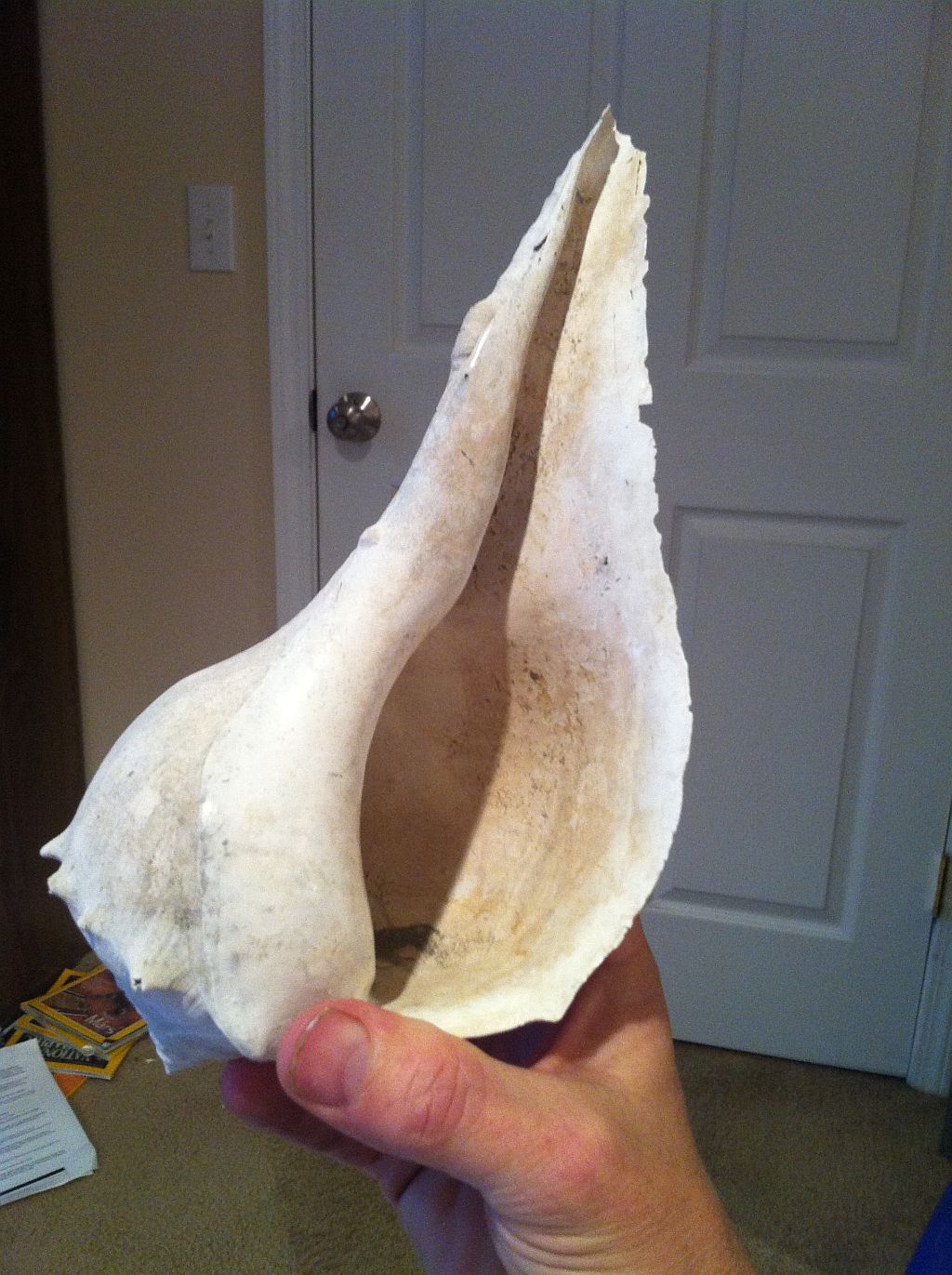 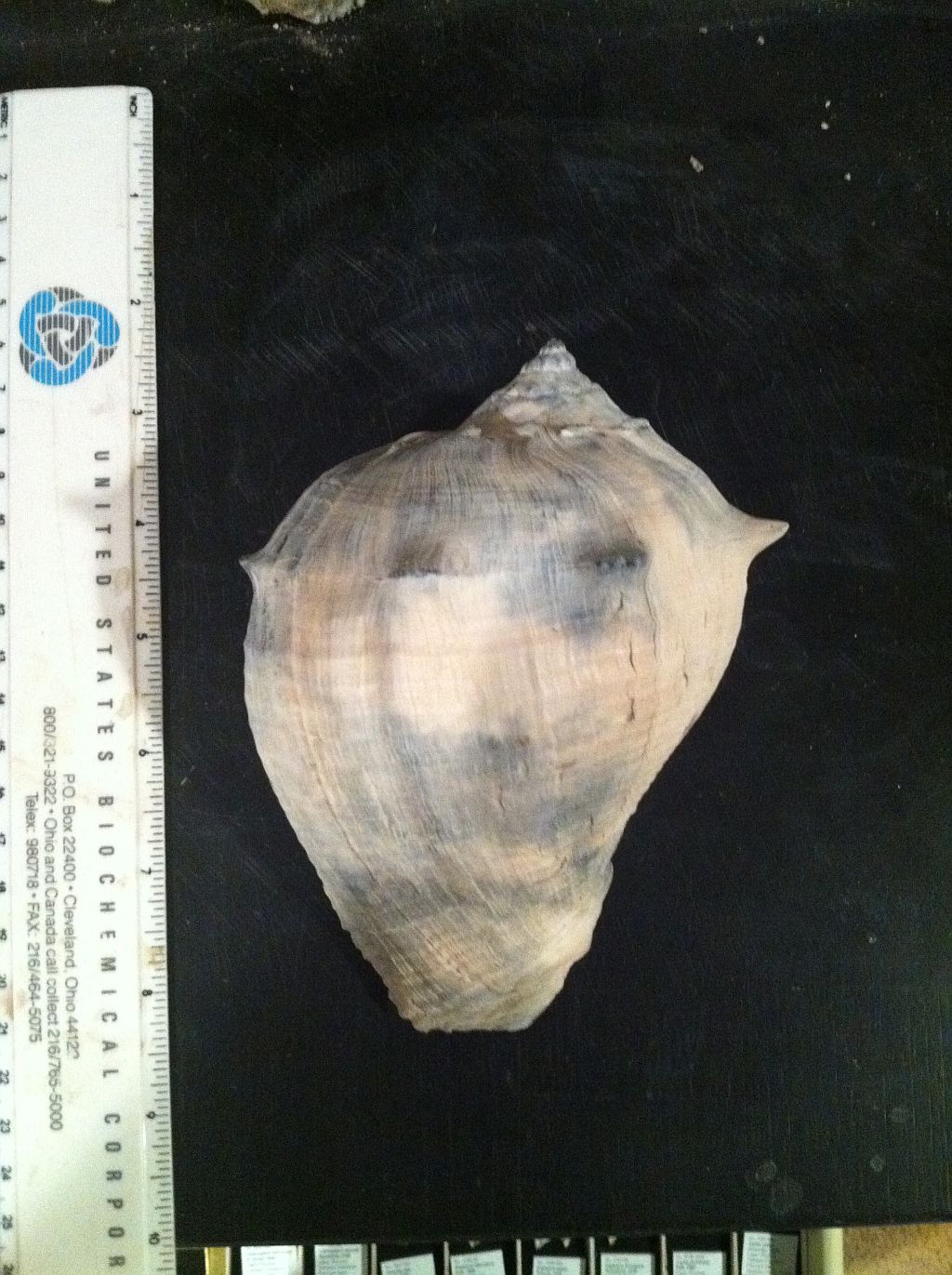 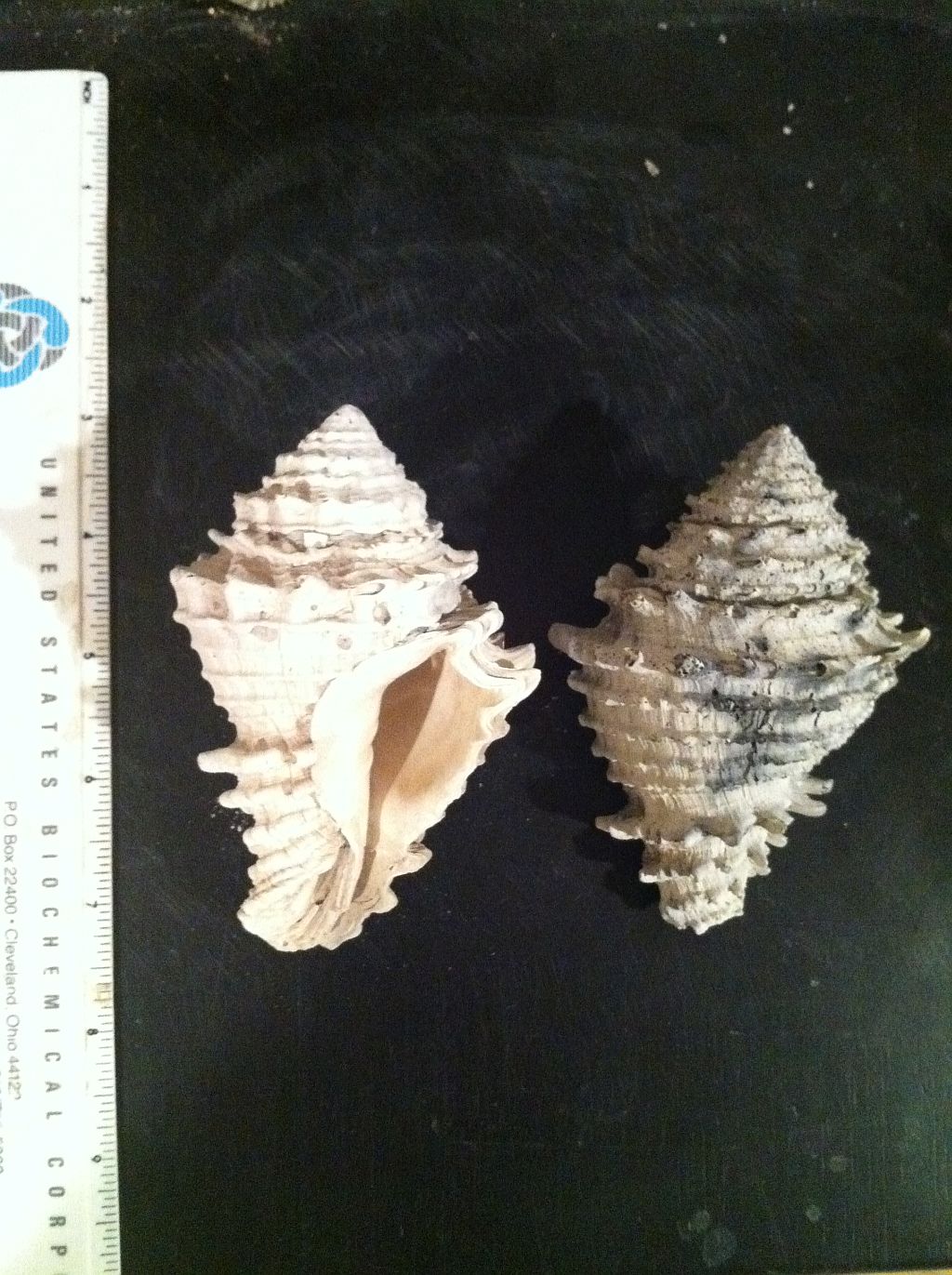 Another pit within the same quarry complex (locality 1017) exposed Bed 6/7, the thickest and most diverse of the Pinecrest Beds (fig. 3). These beds accumulated by the concentration of shells due to tides and storms in depressions formed by karst within the underlying Miocene sediments. Currents were constantly washing and re-exposing dead shells while concentrating newer material on top of the old. Corals, barnacles, and bryozoa are also found as well as fragments of more delicate organisms such as crabs and echinoids. Coral in Bed 6/7 tend to be concentrated in certain layers where they lived during a time of less silt and sedimentation. The water however was under the influence silicicastic sediment from the ancestral Myakka and Kissimmee Rivers which was not condusive to coral reef formation. One coral however thrived due to an interesting lifestyle. Free floating Septastrea marylandica larva settled on hermit crab inhabited gastropod shells. The constant motion of the shell by the moving crab did not allow sediment to deposit on top of coral growing upon the shell. All three, crab, gastropod and coral must have made an interesting site (fig. 4). 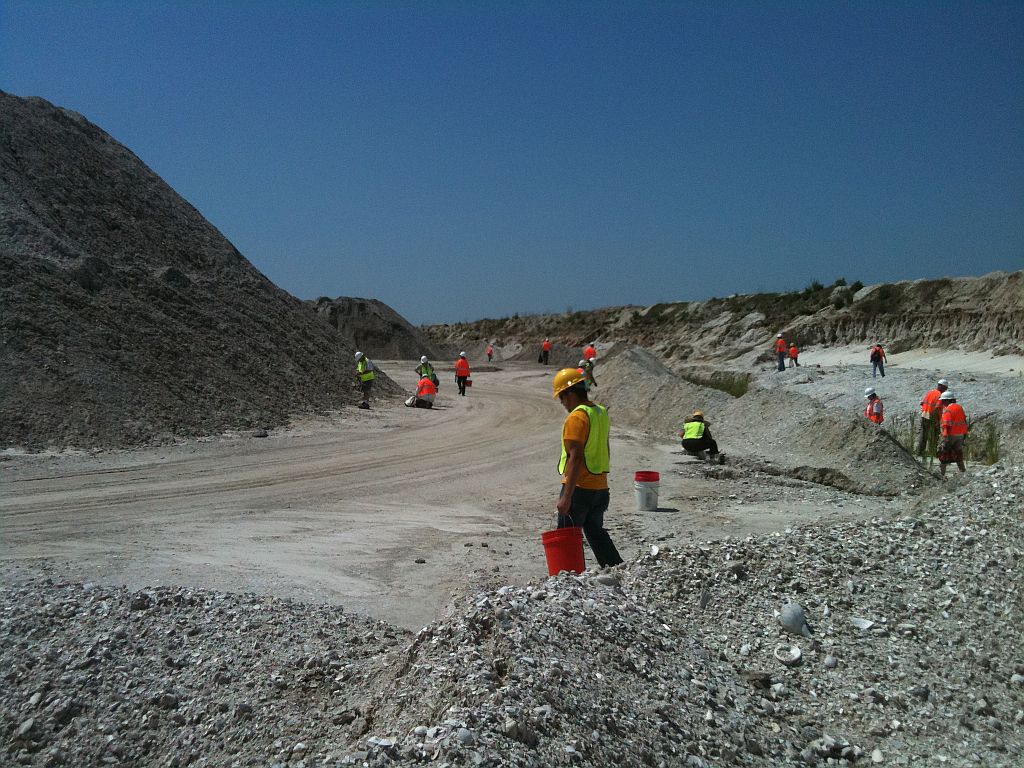 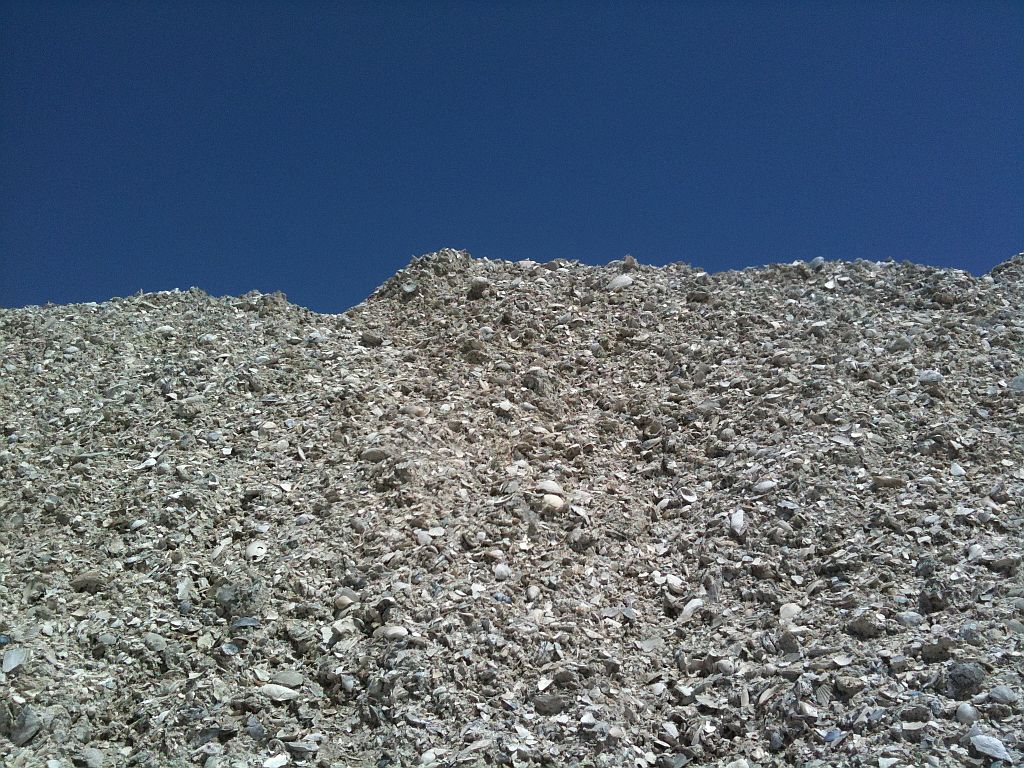 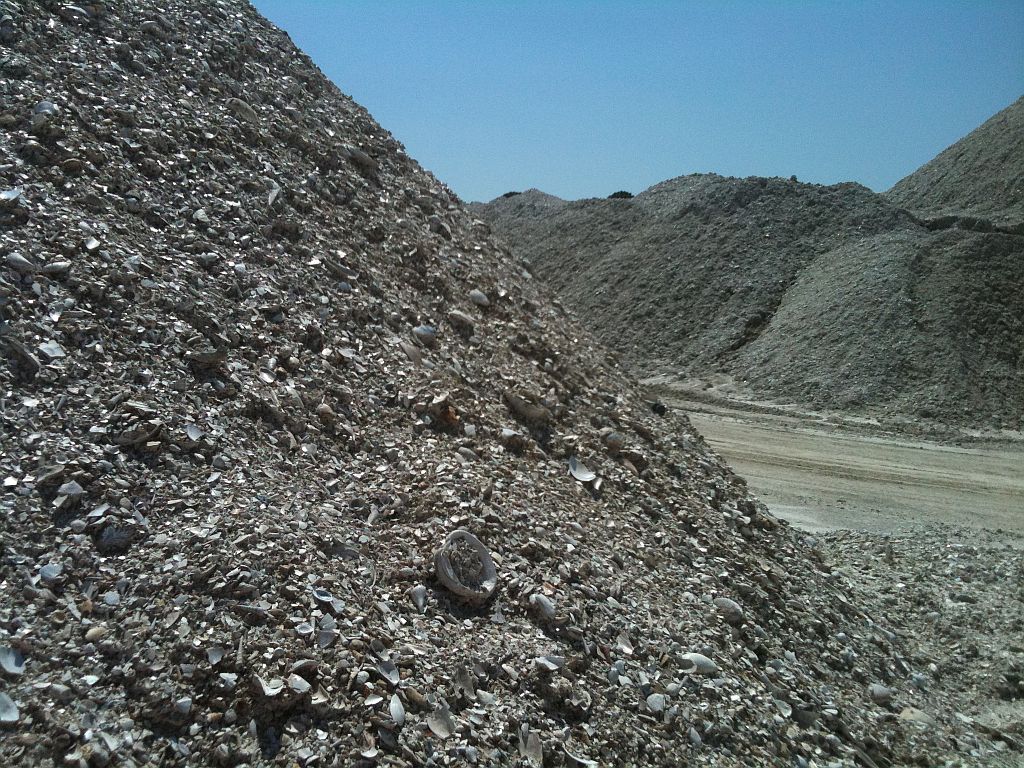 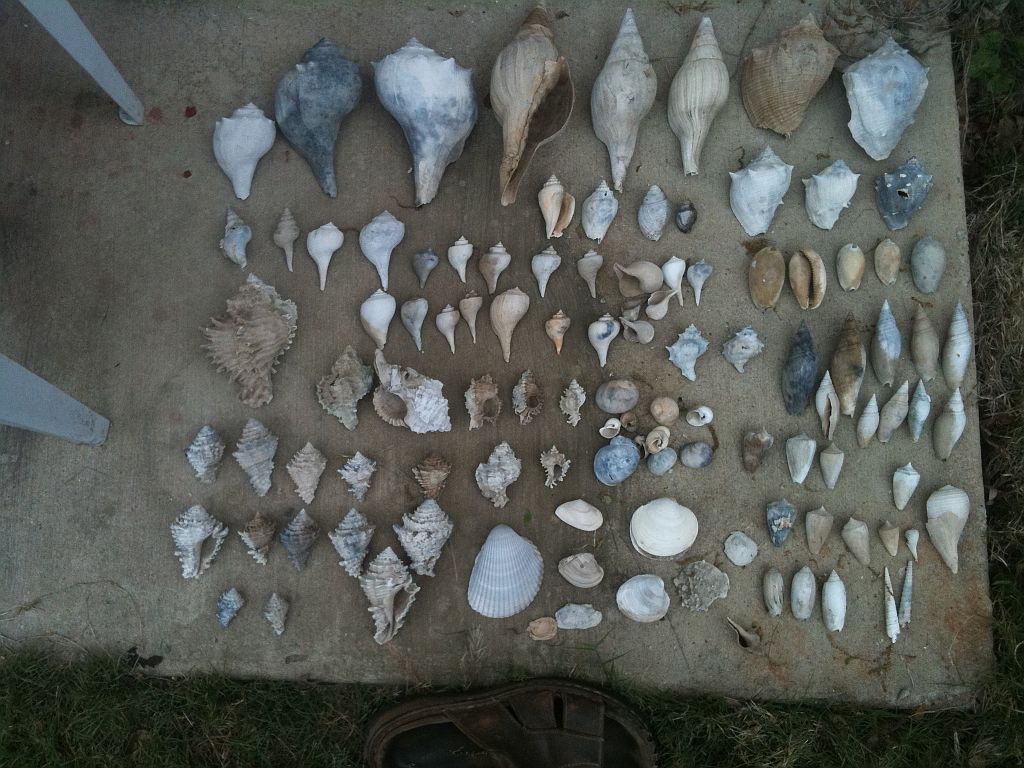 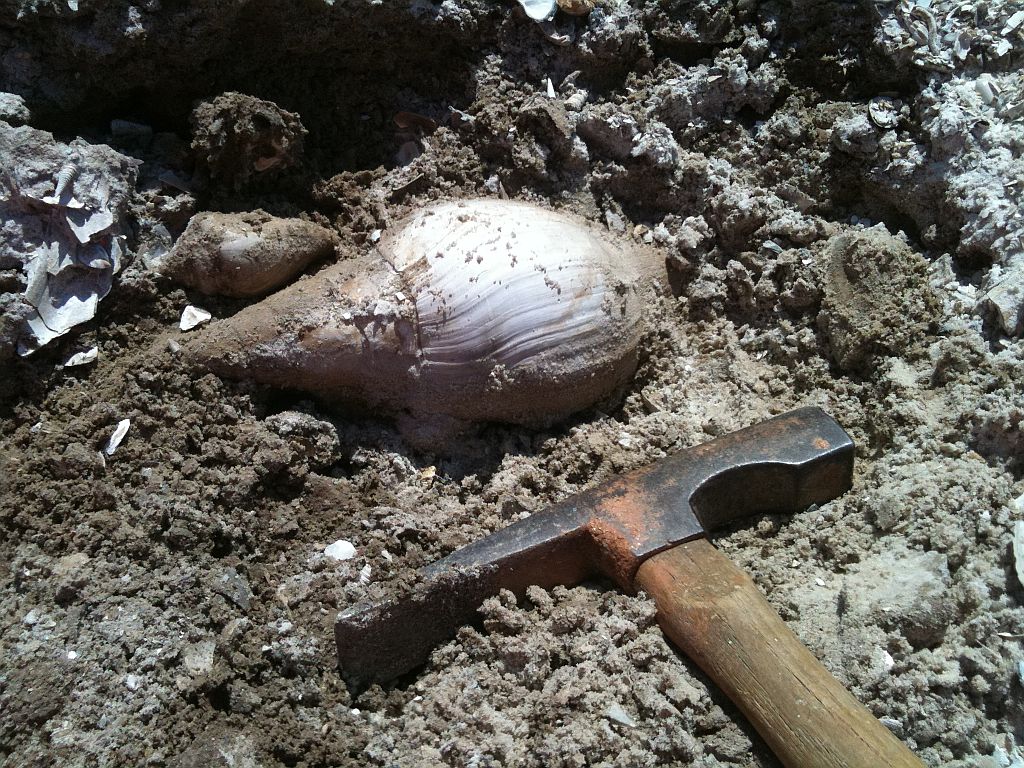 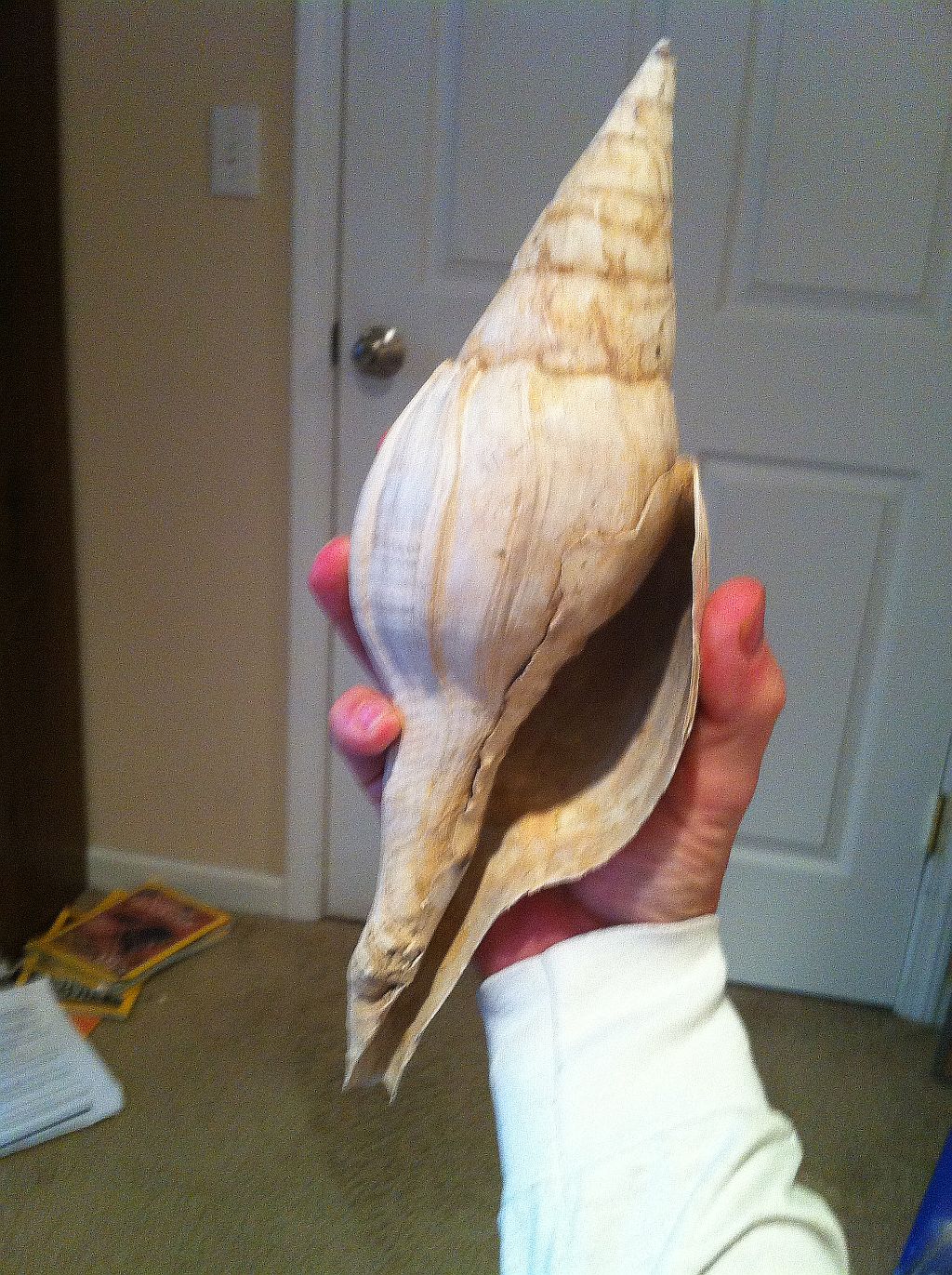 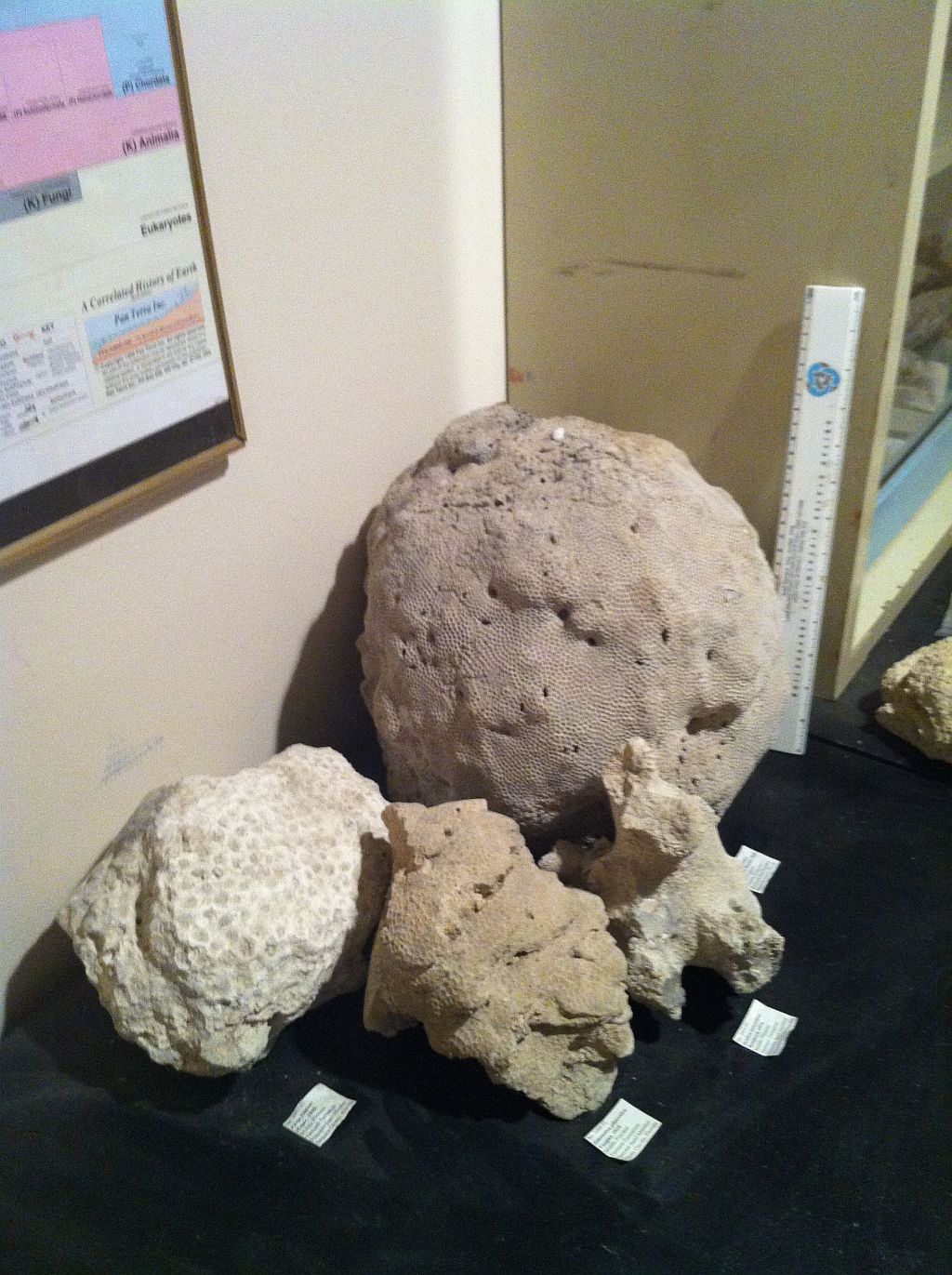 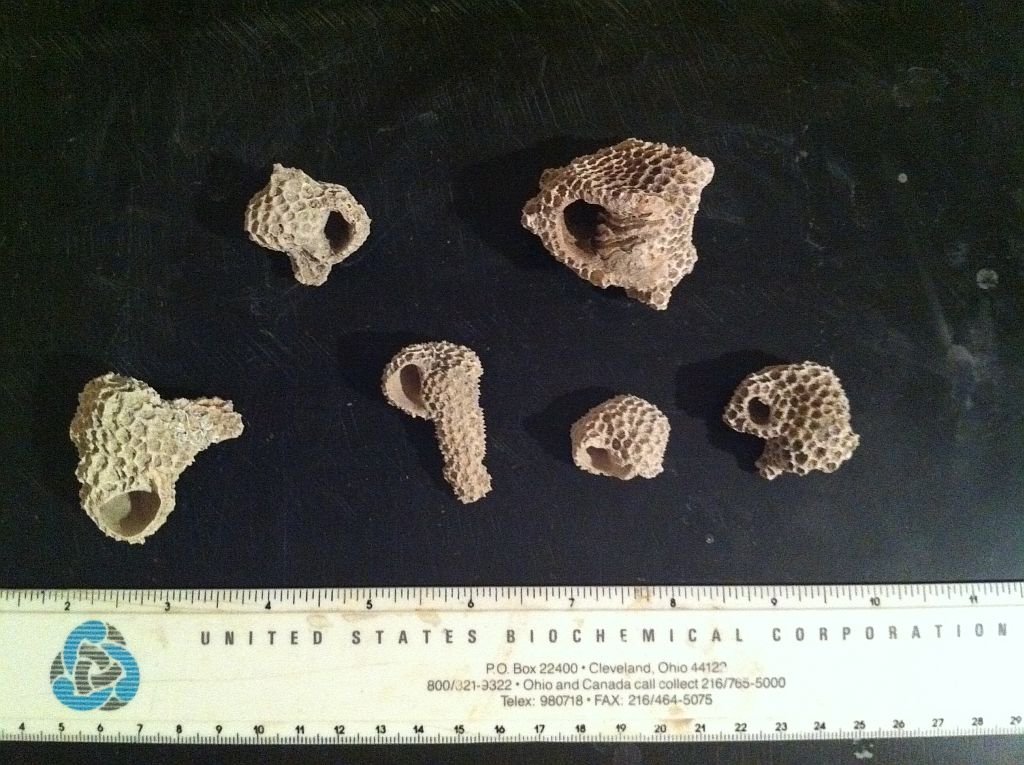 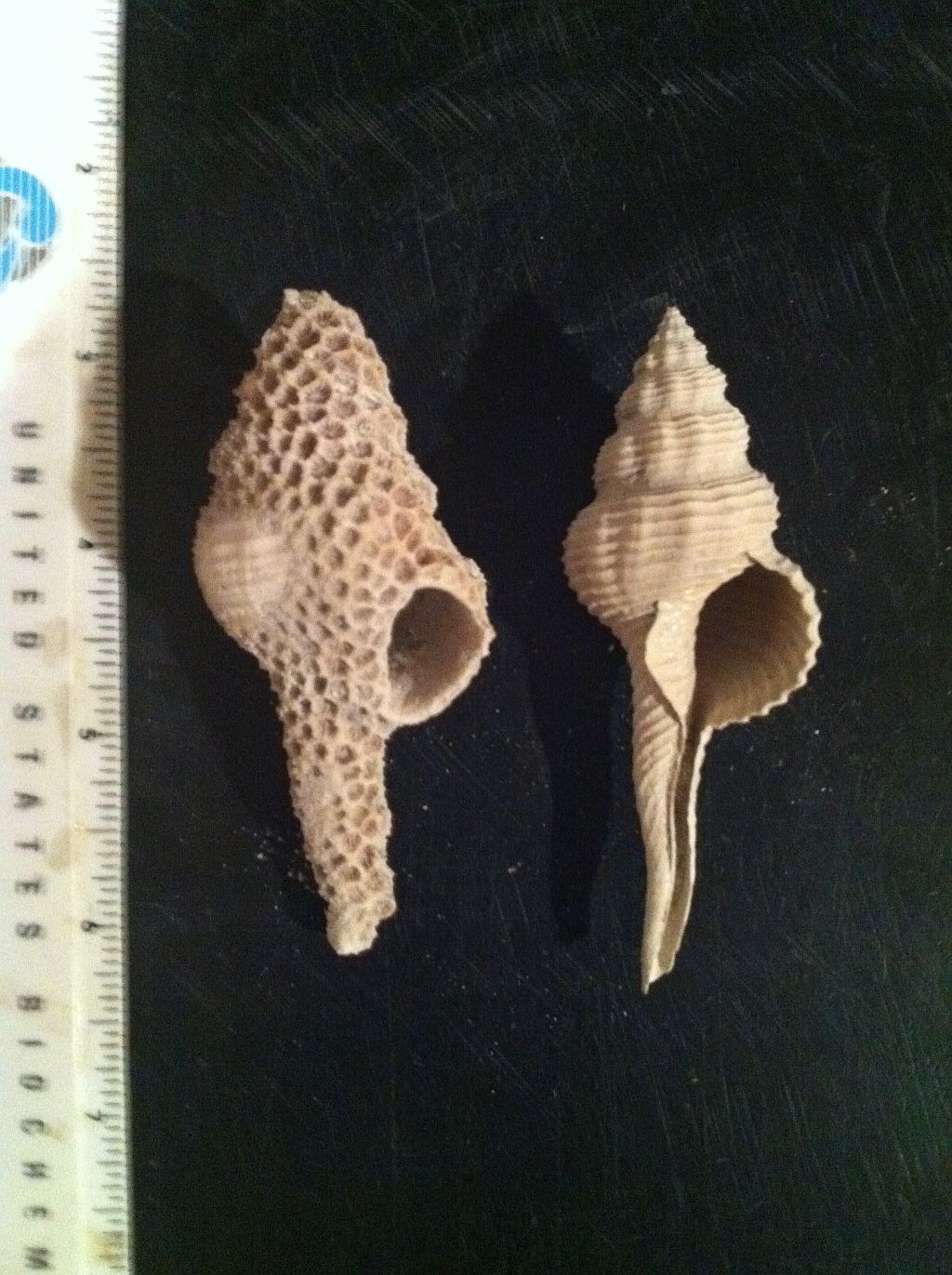 In past posts I have organized fauna lists based upon location. Since I re-identified all species from each of my Pinecrest sites (localities 92, 901, 911, 912, 913, 916, 1016, 1017), I have decided to put everything together into one big list. I have within my collection 162 bivalves and 290 gastropods from all of the Pinecrest Beds combined.

Petuch, E.J. 1982. Notes on the molluscan paleontology of the Pinecrest Beds at Sarasota, Florida with the description of Pyruella, a stratigraphically important new genus: Proceedings of the Academy of Natural Sciences of Philadelphia, v. 134, p. 12–30.