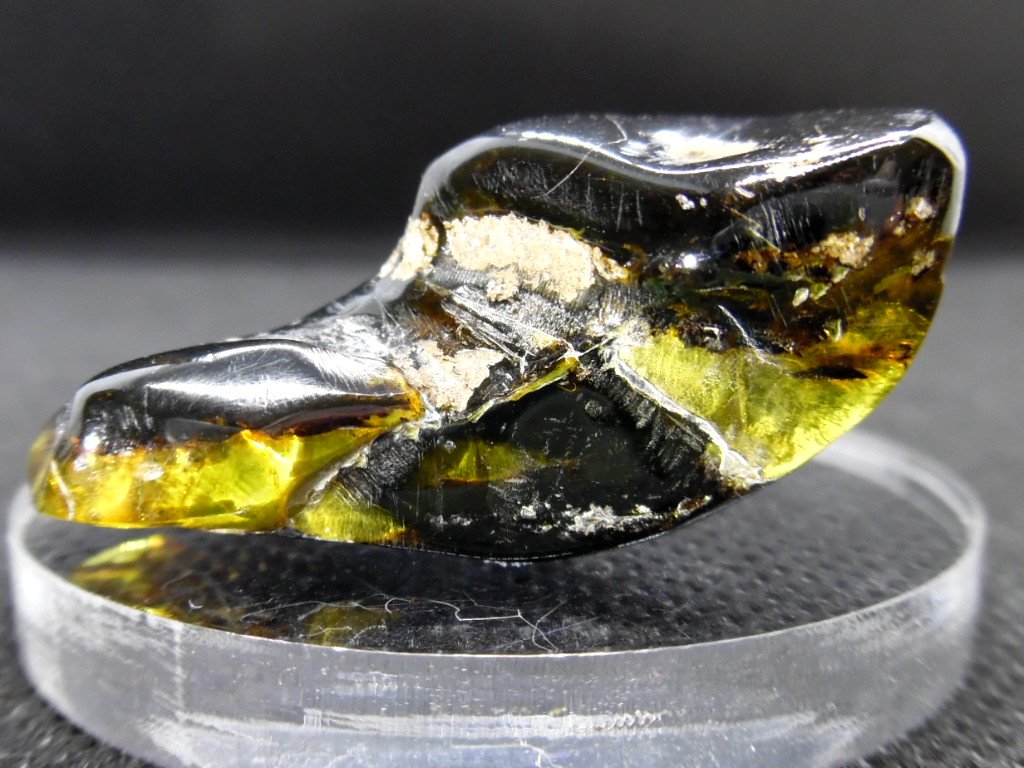 4.7g polished specimen of amber from one of several deposits near Alem Ketema, Amhara Region, Ethiopia; piece measures 35x24x17mm. There is a thin vein of transparent material, while the rest is heavily included with organic detritus; some small fragments of plant material are seen in the transparent portions (see associated photo). The green coloration is partly due to the amber's autofluorescence initiated by the LED light (transmitted) during photography; the clear portions of this specimen present a yellow-green base color in incandescent light, and emit a greenish fluorescence in sunlight or LED light. Ethiopian amber deposits have been described relatively recently (2010), and the amber occurring in the siltstone layer of the Debre Libanos Sandstone was initially believed to be Cretaceous in age; later studies have proven the initial determination to be false, and further study of palynomorph and insect inclusions have provided a new estimated age of Early Miocene. The amber-bearing layer is over- and underlain by basaltic layers, some of which display columnar jointing; volcanic-derived pressure and heat has naturally changed the base color of some of this amber to varying shades of green. This amber is also believed to possibly have been produced by a member of the Hymenaea genus.