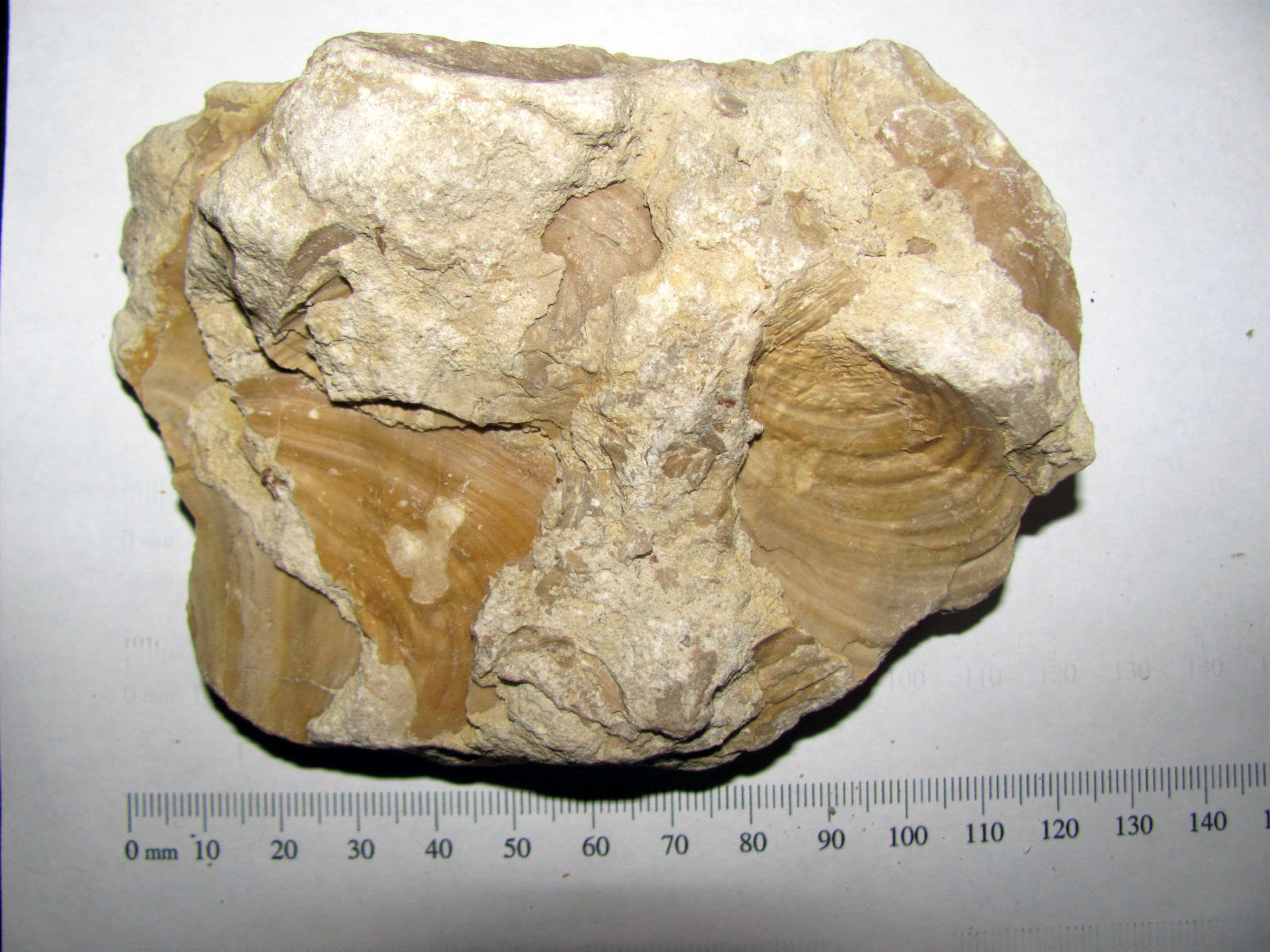 Inoceramus Bivalves
SITE LOCATION: West Point, Nebraska, USA
TIME PERIOD: Late Cretaceous (75-100 Million Years Ago)
Data: Inoceramus (Greek: translation "strong pot") is an extinct genus of fossil marine pteriomorphian bivalves that superficially resembled the related winged pearly oysters of the extant genus Pteria. They lived from the Early Jurassic to latest Cretaceous. The taxonomy of the inoceramids is disputed, with genera such as Platyceramus sometimes classified as subgenus within Inoceramus. Also the number of valid species in this genus is disputed. Inoceramids had a thick shell paved with "prisms" of calcite deposited perpendicular to the surface, which gave it a pearly luster in life. Most species have prominent growth lines which appear as raised semicircles concentric to the growing edge of the shell. Paleontologists suggest that the giant size of some species was an adaptation for life in the murky bottom waters, with a correspondingly large gill area that would have allowed the animal to survive in oxygen-deficient waters.
Kingdom: Animalia
Phylum: Mollusca
Class: Bivalvia
Order: †Praecardioida
Family: †Inoceramidae
Genus: †Inoceramus