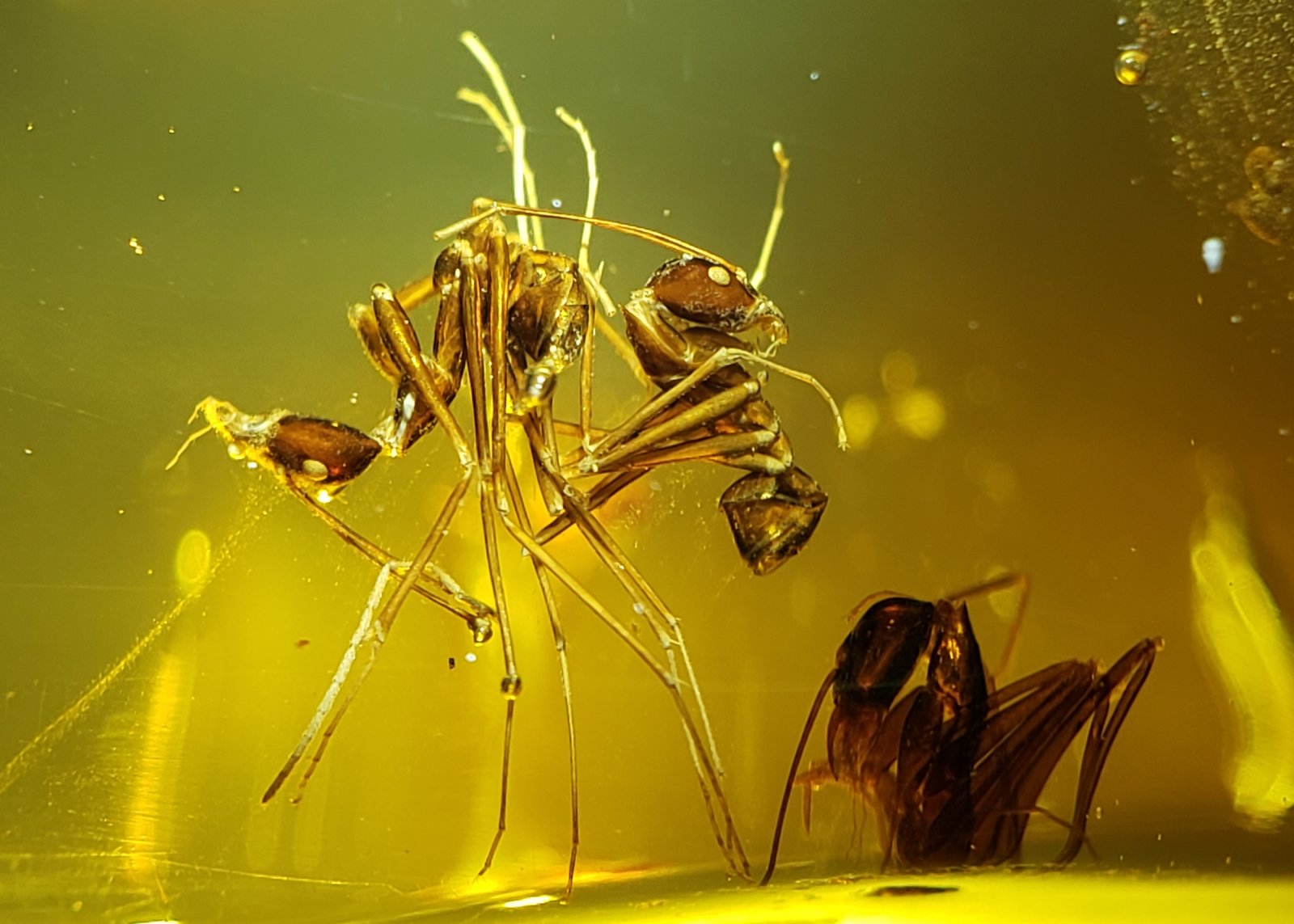 The piece containing these inclusions is absolutely loaded with different arthropods, but the most spectacular inclusions are those of a swarm of 11 extinct Leptomyrmex ants: there are 9 complete and 2 incomplete individuals, averaging 3.5mm in body length. In a lighthearted interpretation, it appears as though the duo in this image are performing some acrobatic act, while half of another individual gives audience!